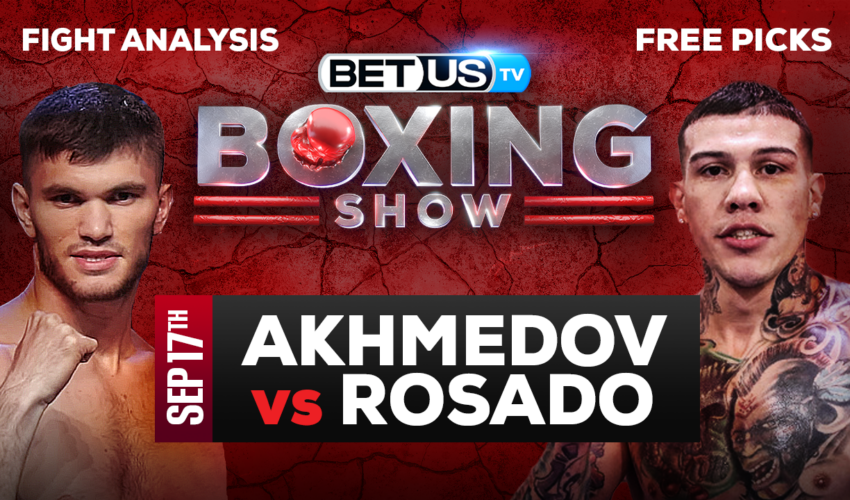 Veteran Gabriel Rosado of Philadelphia, Pennsylvania takes on Ali Akhmedov of Kazakhstan on the undercard of the Gennadiy Golovkin vs Canelo Alvarez tilt this Saturday. The 10-round super middleweight bout for the vacant IBF North American Super Middleweight Belt will be happening in Las Vegas, Nevada.

Rosado’s not really a powerful puncher despite his spectacular one-punch KO over Bektemir Melikuziev in June, 2021, as his current knockout ratio is just 34.9 per cent. And even though he’s been stopped four times, Rosado is known to possess a pretty solid chin.

Rosado has taken on the likes of world middleweight champions Peter Quillin and Gennady Golovkin in the past with Quillin stopping him in the 10th round on cuts and Golovkin halting him in seven.

As for the 27-year-old Akhmedov, he now fights out of California and enters the ring with an impressive 18-1 record with 14 Ko’s. He made his pro debut in 2016 following a pretty good amateur career and has boxed 76 rounds since.

There’s no doubt Akhmedov has the edge in power as his current knockout ratio stands at 73.7 per cent. He also has the edge in height by 1.5-inches as he’s 6-feet-1-inch tall but he gives up 3.5-inches in reach to Rosado with a wingspan of 68 inches.

The lone loss on Akhmedov’s record came at the hands of Carlos Congora by way of a 12th-round stoppage in December, 2020 for a shot at the vacant IBO Super Middleweight Title. He’s taking a step up in class this weekend as his biggest wins have been against the likes of David Zegarra, Andrew Hernandez, Patrick Mendy and Marcus McDaniel.

Let’s check the latest Boxing picks, news, stats and Boxing expert picks for Akhmedov vs Rosado. We’ve plenty of Boxing predictions for you to consider

The implied probability for these two teams attached to the betting lines have Rosado at a 18.18% chance of winning the game, meanwhile Akhmedov have 87.50% probability of finishing the game with the W.