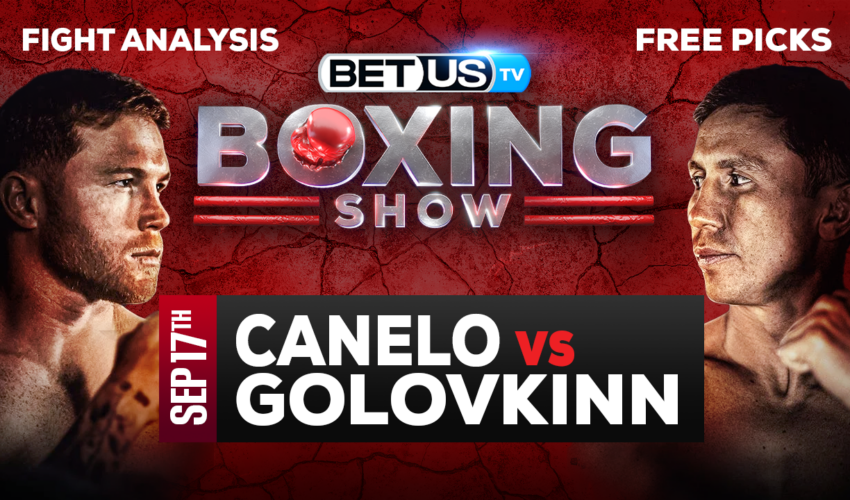 Canelo Alvarez and Gennadiy Golovkin will meet for a third time on September 17 inside the T-Mobile Arena in Las Vegas to settle their contentious rivalry once and for all. When this fight got made earlier in the summer, there was a mixed reception, largely due to Gennady Golovkin now being 40 years of age.

However, scenes of media and supporters congregating in Las Vegas on Tuesday reminded everyone that Canelo Alvarez and the Kazakh fighter share one of boxing’s most fierce rivalries. Canelo is coming off a rare defeat and Golovkin is now past his best, but the fact that things are far more personal than they were ahead of the first installment makes this a must-watch for fans around the globe.

Like the first two fights, the T-Mobile Arena in Las Vegas will stage this blockbuster fight, and the surroundings are far more familiar to Canelo than Golovkin. Seven of his 61 outings have come at the venue, his first being the showdown with Amir Khan back in 2016, and Vegas has been a second home to Canelo for more than a decade.

Canelo has been far more active over the past four years, having eight outings to his name in comparison to just the four for Golovkin. The 32-year-old can also claim to have been in more competitive fights, chasing legacy and world titles at 168lbs and 175lbs, and sealing it with numerous eye-catching wins.

The step up in size proved too great with the Russian a clear and deserved winner, even if each of the scorecards only read 115-113 with all three judges. Of Golovkin’s four bouts, only Sergiy Derevyanchenko and Ryoto Murata were competitive, the latter giving the veteran all kinds of problems for four rounds during their showdown in Saitama, Japan. However, despite Golovkin looking far past his best, his punch-power remained, and he ultimately got the stoppage in the ninth round.

Both fighters have fight-ending power in their gloves, as well as chins and durability which have lasted throughout their careers. Golovkin is marginally the taller fighter, but the pair share the same reach, again pointing to tactics needing to become a part of their arsenal as well as maximizing their physical attributes.

Let’s check the latest Boxing picks, news, stats and Boxing expert picks for Canelo vs Golovkin We’ve plenty of Boxing predictions for you to consider

The implied probability for these two teams attached to the betting lines have Golovkin at a 20% chance of winning the game, meanwhile Canelo have 85.71% probability of finishing the game with the W.