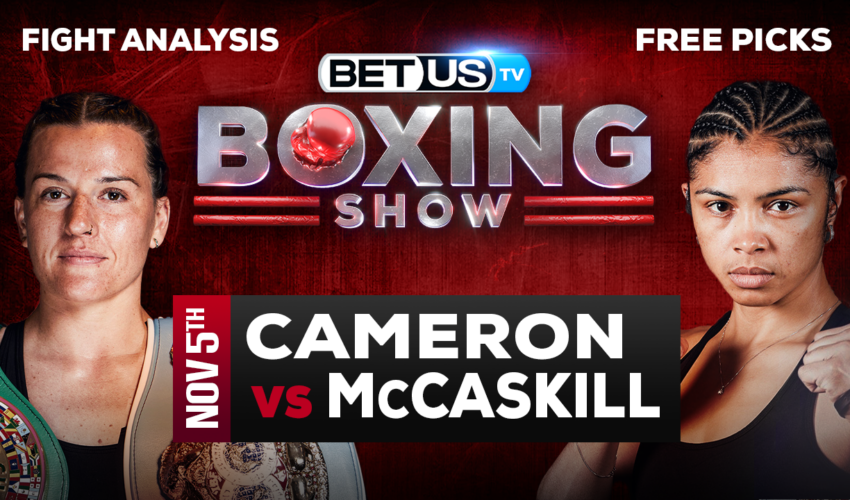 On Saturday, November 5, the Eihad Arena in the United Arab Emirates will stage one of the most anticipated fights in women’s history. Jessica McCaskill (12-2, 5 KOs), the undisputed welterweight champion, is jumping down the scale to the 140-pound division to compete for another crown. The United Kingdom’s Chantelle Cameron (16-0, 8 KOs) stands in her way as she arrives to grab the belt for herself.

After defeating Mary McGee by unanimous decision in an intense battle, Il Capo Cameron was originally scheduled to face Kali Rise for the belt. Rise’s sudden decision to pursue acting left a vacancy for the title, and both the WBA and WBO belts will be on the line this Saturday. McCaskill saw an opportunity and, after several successful title defenses, decided it was time to return. Some may deem McCaskill’s decision to descend to a lower weight class to be risky, but the rewards for this match are not take lightly. The winner of this fight will take home four of the welterweight division’s most prestigious titles.

The American boxer is no stranger to multiple belts. After defeating the legendary Cecila Braekhus two years ago, she became the rightful owner of not one, not two, but four welterweight titles, the WBC, WBA, IBF, and WBO.

Cameron, 31, is a true all-around fighter. Known for her great technique, the British boxer has proven to have amazing tactical skills, along with expertise in managing her punches and setting the pace of the match. She has excellent space control over both long and short distances. On the other hand, McCaskill’s fighting style is often compared to that of a mad dog without a leash. Typically, she overwhelms her opponents with constant pressure and great striking power. If Cameron can keep Caskill in check, the welterweight champion might find herself in major trouble.

The implied probability for these two teams attached to the betting lines have Chantelle Cameron at a 63.64% chance of winning the game, meanwhile Jessica McCaskill have 40.82% probability of finishing the game with the W.