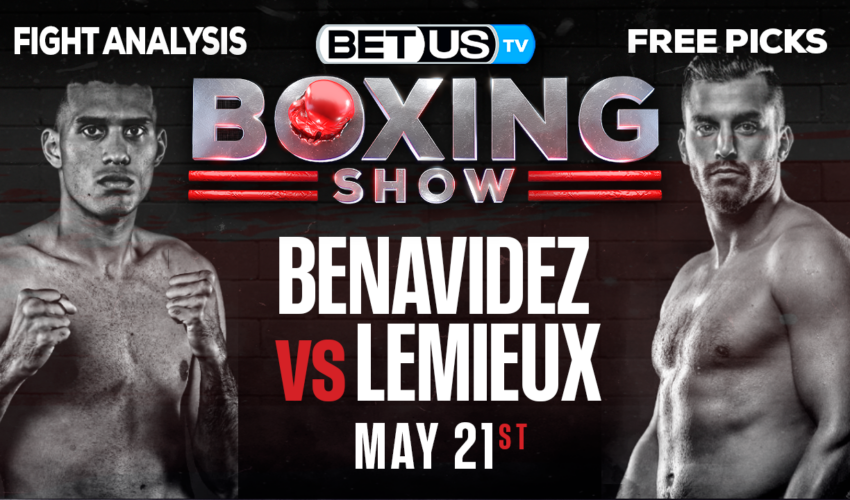 When fans talk about David Benavidez, they’re not just talking about a former twice WBC champion, they’re also talking about a boxer with a clean 25-0 record that includes 22 wins by knockout and a fighter who has never been defeated in a title fight in his career. On a not so positive note he has lost his titles both times due to drug test failures and not making the required weight for fights, but now, as he gets ready to fight in front of his home town fans for a shot at the interim WBC super-middleweight title, it’s time to put up in the grandest way for Benavidez.

Benavidez, who has already been picking up quite a hype to get his chance to fight some of the sport’s biggest names in his division and the middleweight division like Canelo Alvarez and Jermall Charlo, knows that a win against Lemieux would automatically put him as first in line to challenge Canelo for his WBC belt. So where does this all leave the Phoenix native? In a place where beating Lemieux is a definite must.

David Lemieux on the other hand, who holds a 43-4 record with 36 knockouts, is looking to

also make this fight a statement win in order to be able to go after Canelo’s title in the near future. With an age difference of eight years over Benavidez, many fans feel like this could easily be Lemieux’s last chance at a big title shot, which ends up adding to the stigma that this fight holds. A point in favor for the Canadian born fighter is the fact that up to this date Benavidez had never had to face any challenges of such high profile as fighting Lemieux, which could end up benefiting the older fighter in the bout. If there is one thing that’s for sure though it’s that both Lemieux and Benavidez are known for being two of the most flashy and hard-hitting boxers in their weight class, which automatically translates into what promises to be a great fight.

The implied probabilityfor these two teams attached to the betting lines have David Lemieux at a 10% chance of winning the game, meanwhile David Benavidez have 96.15% probability of finishing the game with the W.