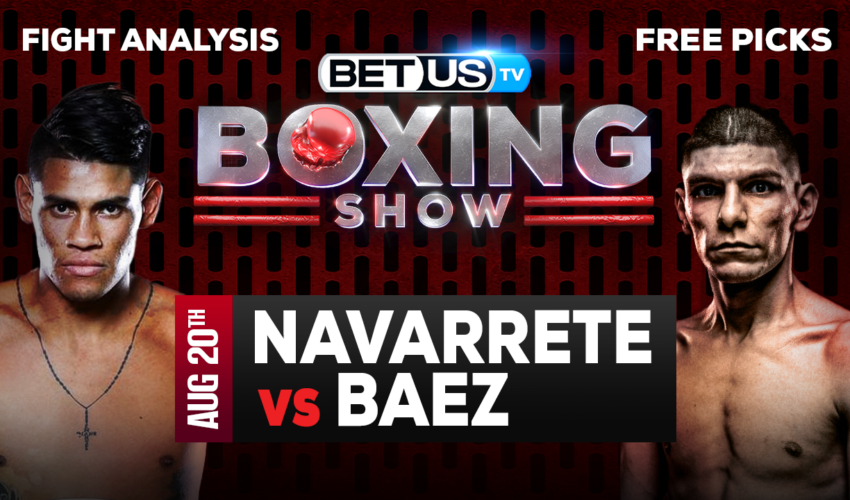 This Saturday, Emanuel Navarrete will defend his legacy against Eduardo Baez, who turned professional in 2013 and has been dominating his opponents up until a recent bout with Raeese Aleem. He suffered just his second career defeat by majority decision, but Baez has now recovered, defeating Jose Enrique Vivas by decision in March.

It’s also worth noting that Navarrete is a heavy caliber fighter, because apart from carrying the WBO junior-featherweight, he has an impressive record of 35 victories, demonstrating that he is one of the best fighters in the world. Navarrete is also a knockout specialist, winning 29 of his 36 professional fights by KO/TKO, a feat he hopes to duplicate on Saturday at Pechanga Arena.

Speaking of Pechanga Arena, Navarrete will be familiar with the environment leading up to the fight Saturday, as his October defeat of Gonzalez was here as well. While the support for Navarrete is worthy, it’s more than certain he’ll be scoring a victory over Baez. It wouldn’t be that crazy to see Navarrete picking up a quick win on Saturday, continuing his dominance on the ring.

The implied probability for these two teams attached to the betting lines has Eduardo Baez at a 13.33% chance of winning the game, meanwhile, Emanuel Navarrete has 92.31% probability of finishing the game with the W.