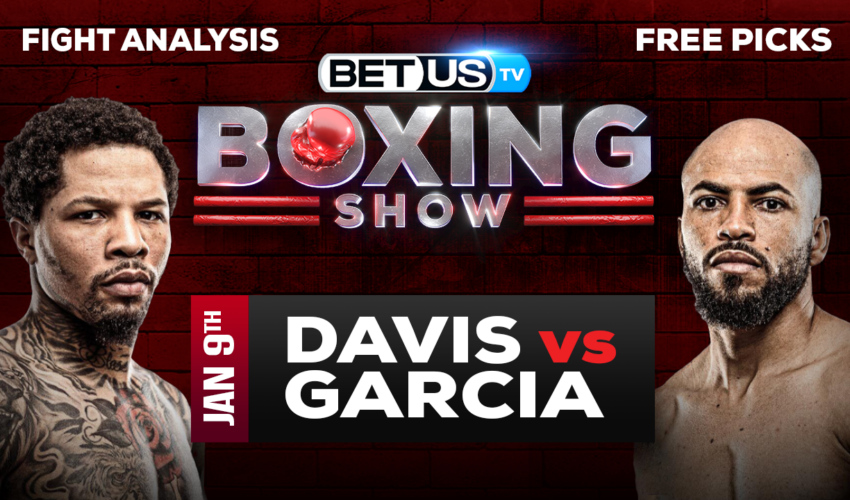 This Saturday night, Gervonta “Tank” Davis is in the hunt for hopefully his last fight before making a long awaited battle versus Ryan Garcia. Davis will face Hector Luis Garcia in a main event set to start at 9 p.m. ET as a final preparation for the already pacted April match against Ryan Garcia.

Davis (27-0 with 25 KO) is one of boxing’s pound for pound heavy punchers from the super featherweight to super lightweight divisions. Saturday’s bout was set as a lightweight match, with Davis defending his secondary WBA title.

Davis only fought once last year, taking a knockout back in May versus Rolando Romero in Arather weird fight that saw Davis stumble more by Romero’s length, until a well placed destructive left hook stopped Romero in his tracks in the 6th round.

Garcia (16-0, 10 KO) is set to enter the ring as an absolute underdog, however the Dominican is known for pulling miraculous upsets out of nowhere.

Two fights ago, Garcia also was an underdog versus Chris Colbert in a bout where Garcia subbed on short notice due to WBA super featherweight champion Roger Gutierrez testing positive for COVID. Ultimately, Garcia absolutely dominated Colbert, dropping him in the 7th round including a wide decision victory.

Davis is not a passive fighter that will allow Garcia to tire him down. Garcia will most likely pose opposition, as his domination of Colbertis proof of his talent. Nevertheless, Davis is simply too good and powerful in this fight versus Garcia. Davis has fought a higher level of competition versus a Garcia that turned pro rather late.

While Garcia easily took the first 8th rounds of the Gutierrez bout, that was mainly due to stamina, as he simply refused to push out into the offense until his corner threatened to stop the fight.

The implied probability for these two teams attached to the betting lines have Gervonta Davis at a 94.12% chance of winning the game, meanwhile Hector Garcia have 11.76% probability of finishing the game with the W.