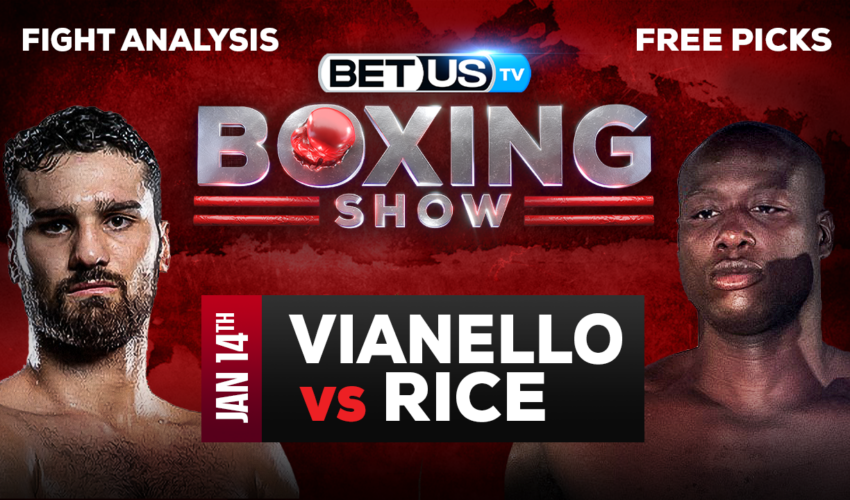 This Saturday, a 10-round heavyweight fight featuring Jonathan Rice of Columbia, South Carolina, and Guido Vianello of Italy, who is unbeaten, will take place in Verona, New York. Rice last competed in January of last year, defeating Michael Coffie in a rematch by 10-round unanimous decision after halting Coffie in the fifth round six months earlier. In his most recent contest in October, Vianello defeated Jay McFarlane by an eight-round unanimous decision.

The 35-year-old Rice enters the ring with a record of 15-6-1 with 10 knockouts and is a respectable heavyweight at 6-feet-5 tall and 81 inches in reach. After a brief amateur career in which he defeated Justin Davenport over four rounds, he made his professional debut in 2014 at the age of 27. Since then, he has boxed 100 bouts. Even though Rice now has a knockout ratio of just 45.5%, he still possesses enough force in his hands to cause some harm.

The undefeated Vianello, who hails from Las Vegas, Nevada, enters the ring with an almost flawless record of 10-0-1 with 9 knockouts. After a lengthy amateur career in which he competed in the World Series of Boxing and advanced to the final of the 2014 EUBC EU Final before losing to Frazer Clarke, he has only boxed 21 rounds since making his professional debut in 2019.

With a height of 6 feet 6 inches and a reach of 79 inches, the 28-year-old Vianello is a solid heavyweight. Despite being an inch taller than Rice, he loses two inches of reach. Vianello’s only professional draw came in six rounds against Kingsley Ibeh in 2020, and he’s moving up a level this weekend after his best victories came over opponents like Don Haynesworth, Rafael Rios, and Cassius Anderson.

The implied probability for these two teams attached to the betting lines have Guido Vianello at a 48.78% chance of winning the game, meanwhile Jonnie Rice have 57.45% probability of finishing the game with the W.