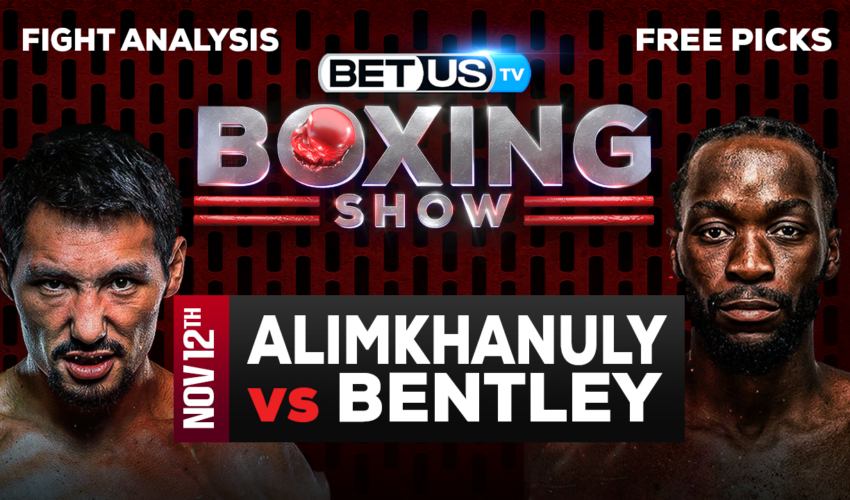 Denzel Bentley challenges WBO middleweight champion Janibek Alimkhanuly on Sunday in Las Vegas. The British champion steps up to face the unbeaten Kazakh southpaw just a few months after successfully defending the Lord Lonsdale belt against Marcus Morrison. Now, he has a golden opportunity to join one of boxing’s most exclusive clubs but must overcome one of the sport’s most feared champions to bring a world title back to Britain.

The Battersea boxer won the British middleweight crown for the first time after a fourth-round stoppage of Mark Heffron in the second fight between the pair in September 2020. He lost the title against Cash in his next fight but bounced back with a TKO win over Sam Evans and regained the belt with a split decision victory over Linus Udofia before stopping Morrison in style in September. His maiden world title shot has come out of the blue, but he is ready to grasp opportunity in his first professional contest outside of London.

Alimkhanuly makes the first defense of his title against Bentley after a rapid rise up the middleweight division. The 29-year-old Kazakh was upgraded to world champion after the previous incumbent Demetrius Andrade vacated the title in August.

He has quickly established himself as one of the hardest punchers in the division, winning five of his last six bouts by knockout, including statement victories over former world champions Rob Brant and Hassan N’Dam.

He has also experienced fighting on the biggest stage as a professional. He faced Brant as the co-featured bout to Vasyl Lomachenko vs Masayoshi Nakatani and appeared on the undercard of the hugely anticipated bout between Terence Crawford and Shawn Porte.

Let’s check the latest Boxing picks, news, stats and Boxing expert picks for Janibek vs Bentley. We’ve plenty of Boxing predictions for you to consider.

The implied probability for these two teams attached to the betting lines have Bentley at a 10.53% chance of winning the game, meanwhile Janibek have 95.24% probability of finishing the game with the W.