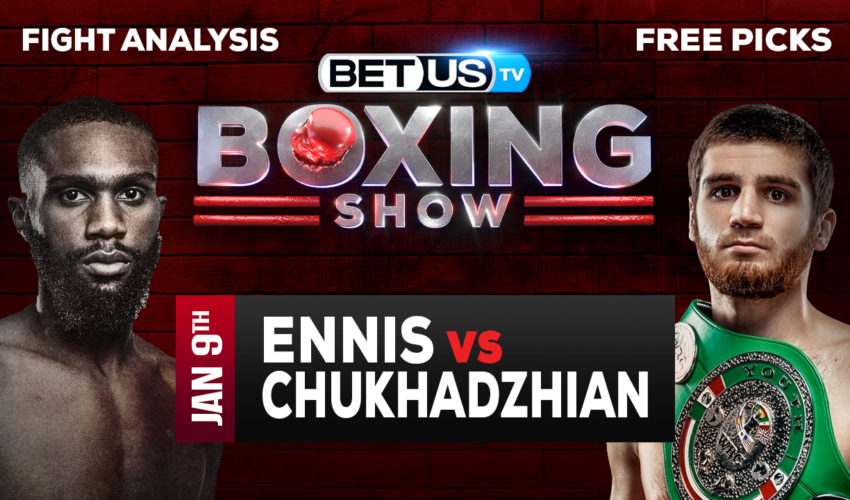 Jaron Ennis and Karen Chukhadzhian will battle against each other in an upcoming boxing match, set to start on Saturday, January 7th. This bout has boxing viewers eager to see what both fighters have focused on improving coming into the match. Both fighters are known for their raw power and overall technical ability, while also having the potential to put on a show for the fans instead of playing it slow for a decision.

Jaron Ennis is a 24 year old American native with a professional boxing record of 26-0, boasting a total of 25 wins by knockout. He is a heavily skilled and veteran fighter who has battled against a plethora of different opponents throughout his long career. Ennis is mostly known for his quick hand movement and fast punches, while having a slight tendency to finish matches early. He will be looking to make a statement in this matchup to hopefully continue rising in the ranks.

Karen Chukhadzhian is a 26 year old boxer native from Armenia with a professional record of 15-2, including 7 wins by knockout. Chukhadzhian is a tough and durable fighter who definitely prefers to go the distance in most of his matches. His bread and butter is solid defense and counter punching, while looking to use his technical ability and outmaneuver Ennis until his stamina runs out. Chukhadzhian will need to be at his best defensively if he wants to sustain the early pressure from Ennis.

Taking a look at both of their previous performances and game styles, we think that Ennis will have a slight edge going into this bout. His raw speed and power should be enough to break Chukhadzhian’s defense. Nevertheless expect a longer fight than usual for a fighter like Jaron Ennis thanks to Karen’s defensive prowess.

The implied probability for these two teams attached to the betting lines have Jaron Ennis at a 98.04% chance of winning the game, meanwhile Karen Chukhadzhian have 7.69% probability of finishing the game with the W.