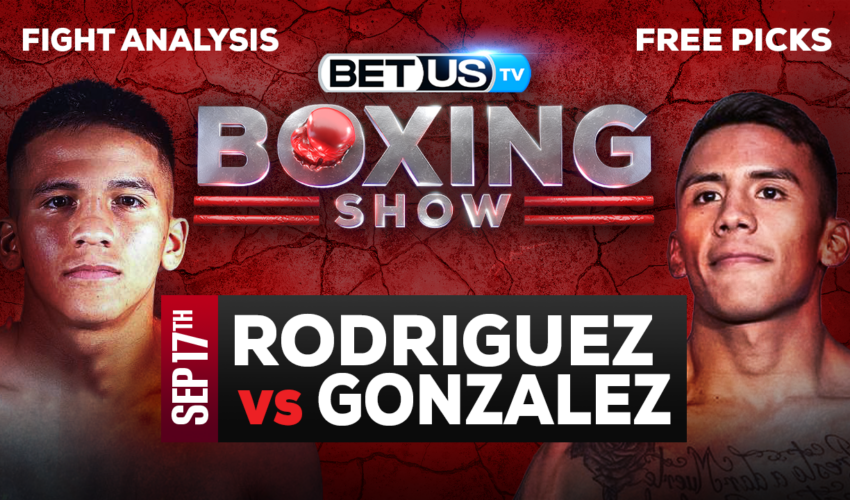 The WBC champion Rodriguez’s year has made him one of the bright young stars of the sport who look to become household names in the future. It all started in February when he stepped into a fight with Carlos Cuadras as a last-minute replacement while the fight was one weight class higher than what Rodriguez would normally compete in.

Rodriguez dismantled Cuadras and gave him a boxing lesson for twelve rounds, earning him the WBC super flyweight title. After that fight, there was a decision to be made, and after thinking it over, Rodriguez decided to stay at super flyweight and defend his title against Wisaksil Wangek..

Wagnek was avoided by many in the super flyweight division because of his heavy hands, but Rodriguez was up for the challenge. In June, the two met, and Rodriguez ended up stopping Wangek in the eighth round, which raised many eyebrows not only within the division but also throughout the boxing world.

So now, fellow Mexican Israel “Jiga” Gonzalez gets the opportunity to take on Bam. Up to this point always trying to be the best man, and not yet the bridegroom, Jiga has had four attempts at glory, but fallen short.

He then audaciously took on Roman “Chocolatito”Gonzalez in 2020. Chocolatito who’dd blasted out Kai, dominated Israel to win a UD, but a great learning experience for the courageous Mexican, who took everything and kept firing back until the final bell.

Israel is an excellent body puncher. He has an accurate stiff left jab and fast hands. He’s A good boxer, who also loves to trade. Against Bam, who is a relentless pressure fighter, deviating away from iron discipline to indulge in a slugfest, would be a mistaken strategy. Bam is good at everything, but especially proficient close in.

Let’s check the latest Boxing picks, news, stats and Boxing expert picks for Rodriguez vs Gonzalez. We’ve plenty of Boxing predictions for you to consider

The implied probability for these two teams attached to the betting lines have Gonzalez at a 10.53% chance of winning the game, meanwhile Rodriguez have 95.24% probability of finishing the game with the W.