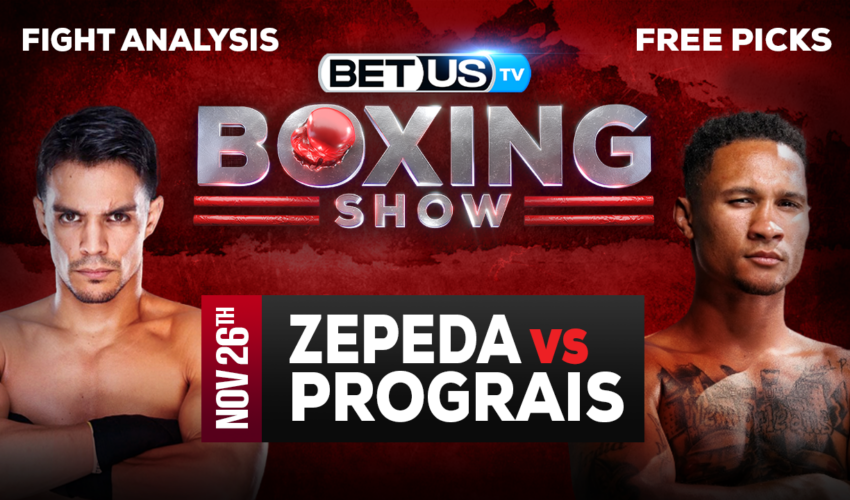 The world title is currently available, and right now it’s a great opportunity to see two of boxing‘s top fighters in an exciting night at the Dignity Health Sports Park in Carson, California. The Regis Prograis vs José Zepeda encounter is aiming at the World Boxing Council (WBC) super lightweight belt, in a fight to be held on Saturday, November 26.

Regis Prograis is well aware that the fight against the Mexican will not be a walk in the park, as Jose Zepeda has been at the ring in many great fights in the two previous world championship chances he had, unfortunately for him, luck has not been on his side as of recently.

Born in New Orleans, the 33-year-old Progeis became an interim WBC super lightweight champion back in 2018, when he took down Julius Indongo. He kept the crown three times (against Juan José Velasco, Terry Flanagan, Kiryl Relikh), but subsequently lost it to England’s Josh Taylor in the next year, in what surprisingly turned out to be the only loss of his career so far.

On the other hand, Jose Zepeda is a boxer who is carrying a lot of experience, as is his next opponent. He is a left too and he will be a local in California. He has attempted twice to win the world title, though he couldn’t achieve it either time. In 2015, when he remained undefeated, and a very interesting prospect, he ended up losing to Britain’s Terry Flanagan for the WBO lightweight belt.

Now looking at the present, four years later, he was unable to take down American Jose Ramirez, who defeated him for the WBC super lightweight crown by a majority decision. Now, Zepeda is probably telling himself that the “third time’s the charm”. They are two extremely experienced fighters with a lot in common, primarily: left handed and knockout experts.

The implied probability for these two teams attached to the betting lines have Jose Zepeda at a 25.00% chance of winning the game, meanwhile Regis Prograis have 80.00% probability of finishing the game with the W.