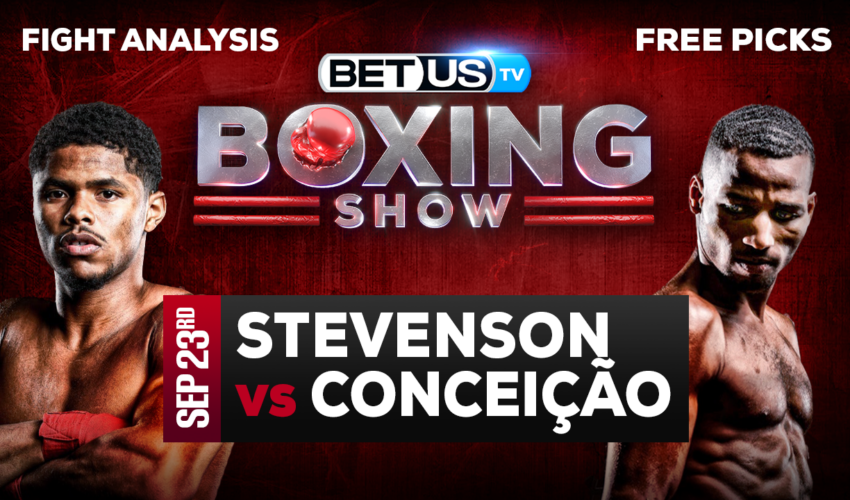 On Friday night, Stevenson will be looking to continue the unbeaten run to his career when he defends his WBC and WBO junior lightweight titles against Robson Conceicao. In an era with a wealth of young, exciting talent, Shakur Stevenson may have the highest ceiling.

But there is a very important thing to keep in mind, Shakur Stevenson failed to make weight by 1.6 pounds at Thursday’s weigh-in and said he will no longer compete at 130 pounds and will move up a weight class. Friday’s fight will still occur, but only Robson Conceicao can win the WBC and WBO super-featherweight titles, which Stevenson will officially vacate once the fight ends.

Stevenson, who holds a 18-0 record with 9 KO’s, could be wrapping up his campaign at 130 pounds with this fight. After winning the WBO featherweight title with an October 2019 win over Joet Gonzalez, Stevenson made the move to junior lightweight.

There is a lack of appealing fights for Stevenson at 130 pounds. Earlier this year, Emanuel Navarrete entered negotiations to move up in weight to face Stevenson only for the talks to quickly fall apart.

With the future looking somewhat dim at 130, a move to lightweight, even with the division having lost Teofimo Lopez and Ryan Garcia, has many bigger potential fights for someone of Stevenson’s skills.

On the other side, Conceicao (17-1, 8 KO) won the lightweight gold medal at the 2016 Olympics in front of his home country Brazil. He turned pro later that year and rattled off 16 consecutive wins to land his first challenge for a world title.

Conceicao would end up on the wrong side of a slightly controversial decision against Oscar Valdez in a bout for the WBC title. While many felt Conceicao deserved the nod, most took issue with a 117-110 card turned in for Valdez.

That scorecard was so egregious it led to a true rarity in boxing, with judge Stephen Blea issuing an apology and stepping away from judging to “undergo a thorough training and review program.”

Let’s check the latest Boxing picks, news, stats and Boxing expert picks for Stevenson vs Conceicao We’ve plenty of Boxing predictions for you to consider

The implied probability for these two teams attached to the betting lines have Stevenson at a 96.77% chance of winning the game, meanwhile Conceicao have 9.09% probability of finishing the game with the W.