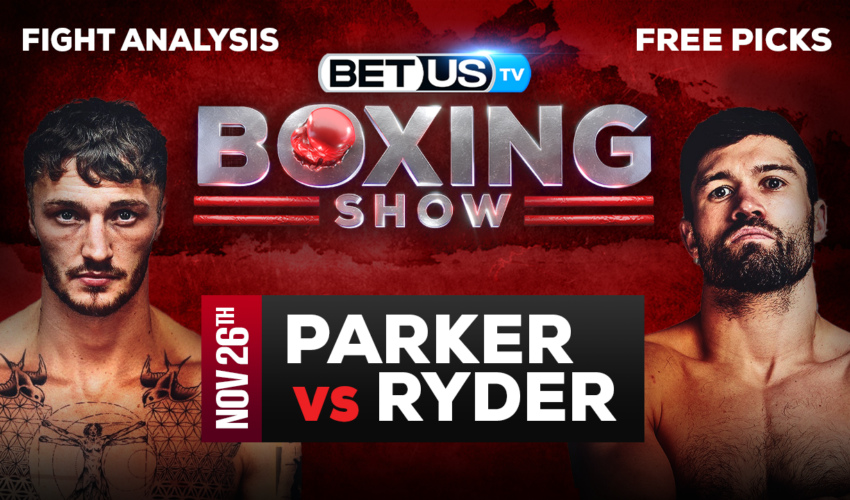 This Saturday, an all-British boxing world title clash will be occurring inside the O2 Arena in London, United Kingdom, when the undefeated Zach Parker clashes against a veteran opponent in John Ryder, where the winner will claim the WBO Interim Super Middleweight Title. It’s important to mention that Ryder replaced Parker’s original opponent for the fight, Demetrius Andrade, who ended up withdrawing.

Just after a short inexperienced run from 2012 to 2015, Zach Parker made his professional debut back in July 2015, where he scored a fourth-round TKO victory over Lewis van Poetsch. Then he won his next 15 fights that included ten stoppages, to finally earn his very first minor title shot in November 2018 against Darryll Williams for the vacant BBB of Control Super Middleweight Title.

That was Parker’s first real test in a professional setting as Williams pushed him to 12 rounds which was a difficult task, but Parker did earn a close split win to get his maiden boxing title. Just after this victory over Williams, Parker went on to TKO Steven Crambert in the fourth round of their eight-round bout back in May 2019 to claim another title opportunity.

Just like Zach Parker, the 34-year-old Ryder also had a short stint in the amateur ranks and only fought 35 times, claiming a win in 30 of them. His most notable amateur feat was winning the ABA National Senior Novice Championships two times. Back in September 2010, Ryder made his professional debut and he had a great start by stopping Ben Deghani in the very first round of their bout.

Since then, his professional boxing career has had a lot of bright moments as Ryder picked up 16 consecutive wins from December 2010 to July 2013, including eight TKO/KO wins, to obtain his first minor title in the end, it was against Billy Joe Saunders in September 2013 as they clashed for the BBB of Control Middleweight Title and the CWB  Middleweight Title.
Let’s check the latest Boxing picks, news, stats and Boxing expert picks for Zach Parker vs John Ryder. We’ve plenty of Boxing predictions for you to consider.

The implied probability for these two teams attached to the betting lines have Zach Parker at a 71.43% chance of winning the game, meanwhile John Ryder have 33.33% probability of finishing the game with the W.