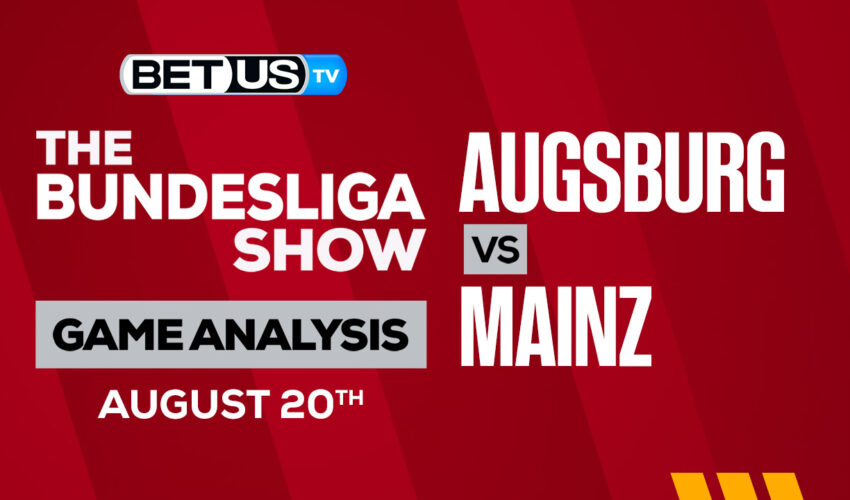 Augsburg will host Mainz at the WWK Arena on Saturday afternoon in the 3rd matchday of the Bundesliga. Both teams occupy top-half positions after two matches, with the visitors remaining unbeaten so far. Augsburg sit in the Bundesliga standings with three and they will be looking to build on their latest result in their upcoming match. Meanwhile, Mainz sit sixth in the league table with four points.

Having never beaten Bayer Leverkusen in 22 Bundesliga matches, few would have given Augsburg much chance of avoiding defeat last weekend, yet alone claiming a surprise away victory. They did it with Enrico Maaßen’s side showing tremendous character to bounce back from their crushing 4-0 defeat at home to Freiburg on matchday one. Brilliant interplay down the left-flank saw Iago’s well-drilled cutback find Ermedin Demirovic, whose deft touch played through Fredrik Jensen.

Charles Aranguiz equalized for the hosts by lashing the ball into the bottom corner from the edge of the area moments before half time, with Rafal Gikiewicz superbly preventing Augsburg from falling behind after the break by leaping at full reach to tip Moussa Diaby’s deflected effort over the bar. The Polish stopper made nine saves across the 90 minutes.

On the other hand, Mainz fans would have been hopeful of recording back-to-back victories when they took on Union Berlin following a 2-1 win at VfL Bochum on matchday one. However, alongside Borussia Dortmund, Union Berlin were the only team to win at the MEWA Arena last season. As such, Bo Svensson’s side played with more caution than usual, with both teams determined not to be caught in transition.

Extremely hot conditions did not exactly help to make a great spectacle either, with substitute Marlon Mustapha’s weaving run the closest that Die Nullfunfer came to breaking the deadlock, but the 21-year-old lost balance at the wrong moment and consequently scuffed his finish wide of the mark. While Mainz fans may have left their, ultimately their side’s draw was one point better than they managed against their opponents last season.

Let’s check the latest Bundesliga picks, news, stats and Bundesliga expert picks for Augsburg vs Mainz. We’ve plenty of Bundesliga predictions for you to consider.

The implied probability for these two teams attached to the betting lines has Augsburg at a 27.78% chance of winning the game, meanwhile Mainz has 47.62% probability of finishing the game with the W.