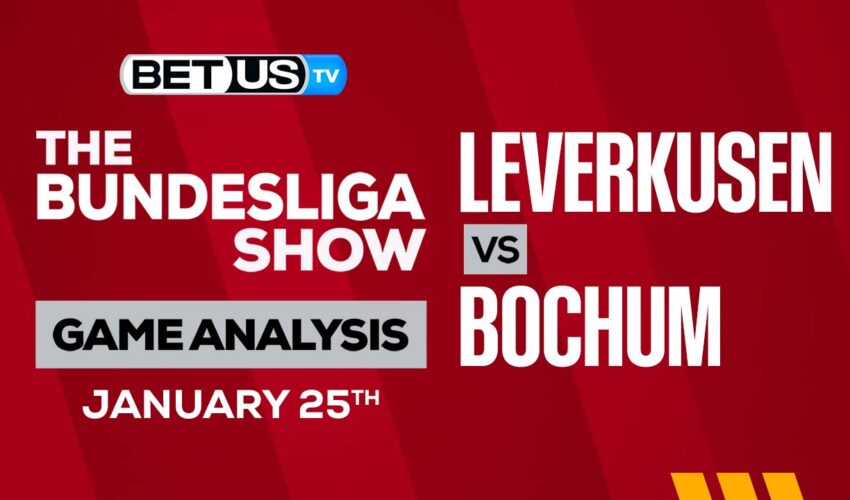 Leverkusen nearly let their winning streak fall short last weekend in their match against Gladbach. After leading 3-0, they allowed the opponent’s captain Lars Stindl to pump 2 inside. Fortunately for Leverkusen, they were able to close the game 3-2 and now sit in 9th place with 21 points. This Wednesday Leverkusen will host a Bochum side that has been gaining momentum.

The red flag with Bochum’s recent performances is that although they’ve been winning, it has mostly been against lower placed opposition the likes of Hertha and Augsburg. Leverkusen isn’t only winning but they’re doing it against similarly placed teams such as Sttutgart, Koln and even Union Berlin who currently rank 3rd in the Bundesliga.

Let’s check the latest picks, Bundesliga news, stats and Bundesliga expert picks for Leverkusen vs Bochum. We’ve plenty of Bundesliga predictions for you to consider.

Interestingly enough, Bochum’s first match of the year had a similar flair to the Leverkusen vs Gladbach encounter. After leading 3-0, Bochum pulled back a bit and allowed Suat Serdar to find one for Hertha in the 87th minute. With nearly split possession throughout the match and pretty much the same amount of shots, Bochum were able to dominate Hertha and yet oddsmakers have it clear that for them Leverkusen will take the victory.

While the most recent game between these two clubs ended in a draw in early 2022, it was Leverkusen that had the upper hand in 2021 and 2018. The two teams haven’t faced each other much and the last time Bochum one was back in 2017 where they beat Leverkusen 2-1. All in all, the numbers point to Leverkusen for value but the angle may see goals as the Bundesliga returned with goals across the board this last weekend including the insane 7-1 victory of Koln over Gladbach and and the surprising 6-0 victory of Wolfsburg over Freiburg. Stay tuned to learn what our experts have to say about how to tackle this match.

The implied probability for these two teams attached to the betting lines has Leverkusen at a 34.48% chance of winning the game, meanwhile Bochum has 14.29% probability of finishing the game with the W.