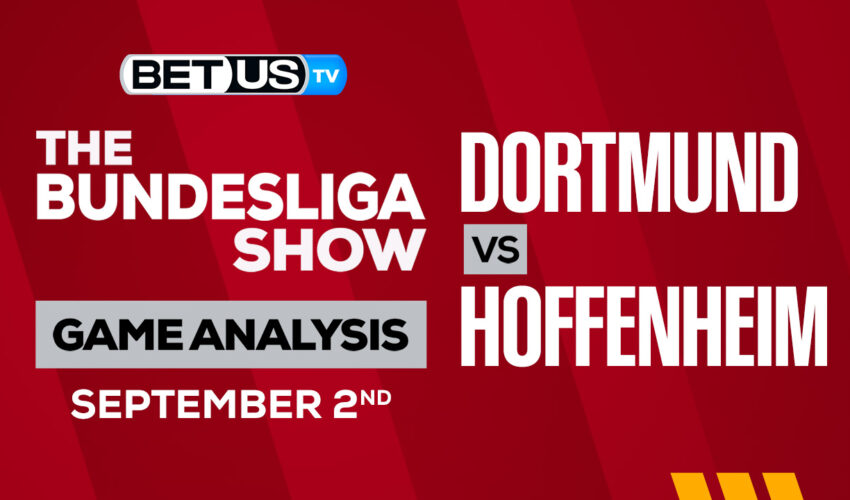 Today, Hoffenheim will have a chance to end a four-match losing run versus Borussia Dortmund in league play when they face them at Signal Iduna Park. Both sides have nine points and the same goal difference after four matches in the German top flight, with Dortmund winning this exact fixture last season by a 3-2 score.

Andre Breitenreiter has positively begun his tenure at Hoffenheim, winning three of his opening four domestic encounters in charge, the highest tally for this club at this point of the competition since 2010-11 (10 points). No TSG coach has taken more points from their first four top-flight matches at the club than their current boss, who guided FC Zurich to the Swiss Super League title in 2022, their first domestic championship since 2008-09.

The current three-match winning run for Die Kraichgau is their longest string of victories since they captured four straight domestic games between February and March last season. Hoffenheim have posted back-to-back clean sheets in league play for the first time since April 2021, conceding just a single shot on target in a 1-0 victory over Augsburg last Saturday.

After making the wrong kind of history in their previous home fixture, becoming the first team in the Bundesliga to concede three goals from the 89th minute onward, we saw a Dortmund side with a lot more structure and organization at Hertha Berlin last weekend, winning 1-0. Aside from a late collapse to Werder Bremen, losing 3-2, it has been a reasonably positive start to the new campaign for Edin Terzic and his team.

Dortmund have had a difficult time containing the attack of Die Kraichgau on home soil, conceding 11 goals against them since the start of 2018-19, while capturing only one of their previous four home outings versus Hoffenheim. On the other side, the Sinsheim team have only lost one of their five matches played in September through their last two Bundesliga campaigns, dropping a 2-0 decision to Mainz 05 last season.

Let’s check the latest Bundesliga picks, news, stats and Bundesliga expert picks for Dortmund vs Hoffenheim. We’ve plenty of Bundesliga predictions for you to consider.

The implied probability for these two teams attached to the betting lines has Dortmund at a 60.78% chance of winning the game, meanwhile Hoffenheim has 21.51% probability of finishing the game with the W.