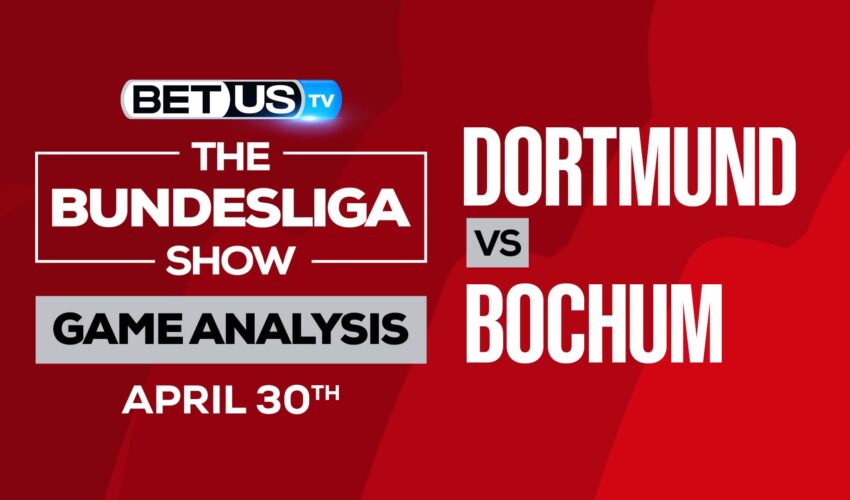 Borussia Dortmund is receiving Bochum at Signal Iduna Park Stadium in Dortmund after getting a guaranteed spot in the Champions League group stage. Bochum is still trying to get as many points as possible to finish the season at least in the top 13 spots of the Bundesliga. Thomas Reis’ team has struggled to secure a victory recently as they come off a frustrating defeat against Augsburg.

Dortmund heads into this match after losing their latest Bundesliga match against Bayern Munich last Saturday. Bayern was in total control over the game as early as 15 minutes into the match and Dortmund wasn’t able to even the score. Lewandoski increased Bayern’s lead to 2 goals over Dortmund 34 minutes in and even if Dortmund’s Emre Can managed to score a goal, it wasn’t enough for Marco Rose’s men to get a victory. Before their last Bundesliga match, Dortmund was on a winning streak after completely dominating Wolfsburg with a 6-1 score.

Thomas Reis is now in a tough position as his team is having a lot of trouble finding a consistent playstyle. Their last match against Augsburg was a disappointing one for them, they had a 59% possession but were never able to capitalize on this as Augsburg had a score lead very early into the match. Bochum’s left-back Kostas Stafylidis got suspended in his match against Freiburg and won’t be making an appearance versus Dortmund.

Marco Rose’s team has basically secured a top 2 finish this season and this match won’t have much relevance in their books. Dortmund’s calendar is looking easy, their last two matches will be against 15th-place Hertha and last-place Furth, so if everything goes as expected, we’ll see Dortmund close out the season with on a 3 game win streak.

For Bochum, things didn’t go all that bad for them this season. They were one of the 2 teams that were promoted from the second division last season and now they are eight points away from the relegation zone. This match will be an interesting one to watch as Bochum will try to finish the season in their best possible form.

The implied probability for these two teams attached to the betting lines have Dortmund at a 73.68% chance of winning the game, meanwhile Bochum have 11.76% probability of finishing the game with the W.