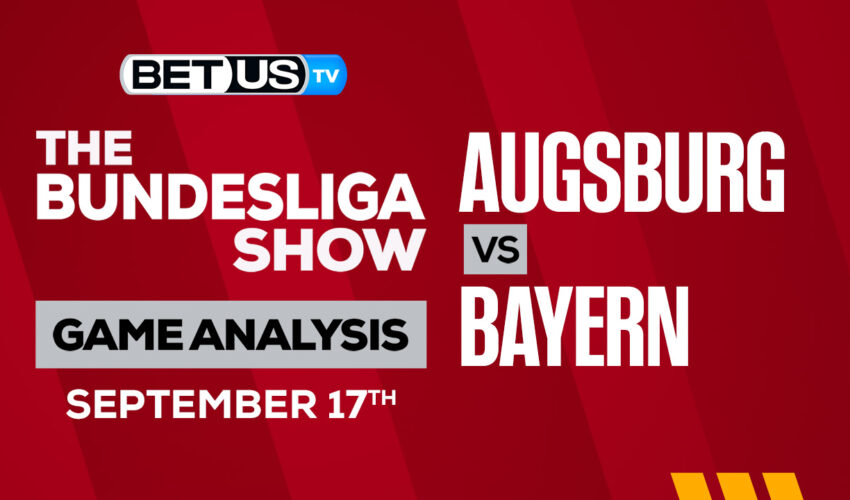 On Saturday, Augsburg will play host to Bayern Munich in the Bundesliga, with the visitors looking to end a run of three successive draws by claiming a victory. The hosts, meanwhile, jumped up the table with a much-needed win against Werder Bremen last Friday.

Across the 38-year-old’s four league defeats in charge, Augsburg registered only six shots on target, which they managed to match in one match when claiming a crucial victory away to Bremen last time out.

It was a fiercely contested affair featuring nine yellow cards, with Ermedin Demirovic’s 63rd-minute strike proving to be the difference between the sides as Bremen failed to score yet another injury-time goal to save the day.

While Maaseen will be under no illusions regarding the scale of the task in front of his side on Saturday, as he will at least be relieved to be heading into the encounter with reduced pressure on his shoulders ahead of the forthcoming international break.

Meanwhile, Bayern have significantly stuttered in recent weeks after blitzing the opening weeks of the campaign with 20 goals across four wins in all competitions, with their 2-2 draw at home to Stuttgart seeing them drop points for the third successive matchday.

Julian Nagelsmann rested several key players – including Sadio Mane, Leroy Sane and Benjamin Pavard – ahead of Tuesday’s test against Barcelona in the Champions League, and that decision backfired when Matthijs De Ligt’s clumsy challenge allowed Serhou Guirassy to convert from the penalty spot and claim a last-gasp equalizer for the visitors.

Bayern did at least beat Barcelona 2-0 in midweek, with two quickfire strikes from Lucas Hernandez and Sane after the break taking the Bavarians to six points from their opening two matches in what many had labeled the ‘Group of Death’ in Europe’s elite competition.

Let’s check the latest Bundesliga picks, news, stats and Bundesligaexpert picks for Augsburg vs Bayern. We’ve plenty of Bundesligapredictions for you to consider.

The implied probability for these two teams attached to the betting lines has Augsburg at a 7.14% chance of winning the game, meanwhile, Bayern has 85.71% probability of finishing the game with the W.