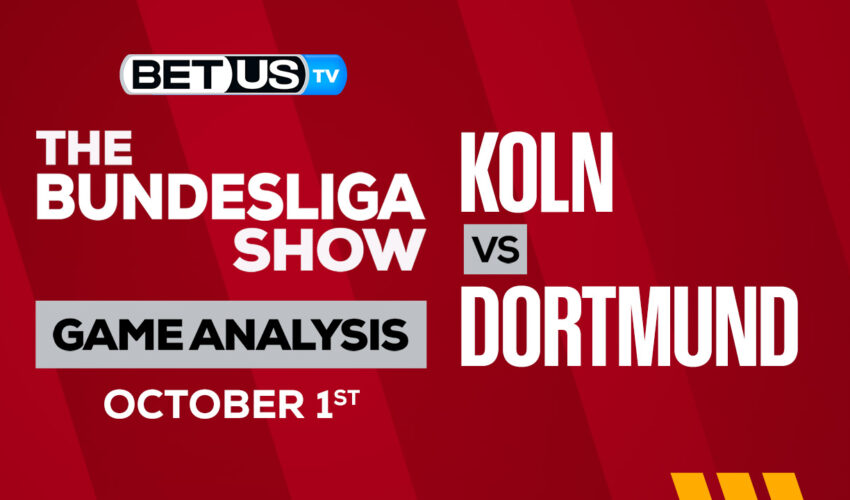 FC Koln will look to regain confidence as they host Borussia Dortmund at RheinEnergieSTADION this Saturday. “The Billy Goats” have gotten off to a pretty good start in the Bundesliga, as they’ve won 2 games, drawn 4 and have only lost one match, giving them 10 points in total, for a current ninth position in the table, however, they’ll have a difficult task ahead when playing second-place Dortmund.

In more team news, star center-back Julian Chabot, on loan from Sampdoria, is still unavailable for the team this weekend and is coming up on five missed games, with his return still unknown after suffering an ankle injury in August. Number 9, Sebastian Andersson, is also unavailable for the Goats as he underwent knee surgery at the beginning of September.

On the other hand, the Black and Yellows have had an amazing start of the season, currently in second place with 15 points, just 2 under first-place Union Berlin. Borussia are in very good shape this season, not only in Bundesliga, but also in Champions League and will look to maintain momentum and take advantage of Jude Bellingham’s amazing form this season.

Nevertheless, Dortmund will not be able to play American youngster, Gio Reyna, as he is out up to 10 days after picking up a muscle strain while he was on international duty. Also, Dortmund legend Marco Reus is unavailable after his ankle injury in mid-September. He’s expected to make his return in the upcoming weeks.

Koln and Dortmund have faced each other 10 times at Koln’s stadium and the Goats have never been able to defeat Dortmund. 3 draws and 2 Dortmund victories are in the books. Saturday’s game seems to be a difficult one for Koln as Dortmund are in great form, however, the Bundesliga is always full of upsetting wins, so this just might be the case.

Let’s check the latest Bundesliga picks, news, stats and Bundesligaexpert picks for Köln vs Dortmund. We’ve plenty of Bundesligapredictions for you to consider.

The implied probability for these two teams attached to the betting lines has Köln at a 29.85% chance of winning the game, meanwhile, Dortmund has 48.78% probability of finishing the game with the W.