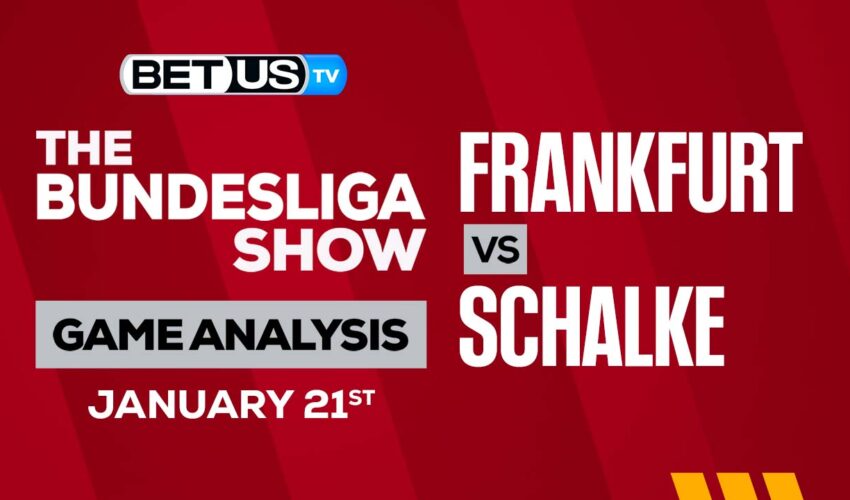 This Saturday, January 21, the Bundesliga presents us with a game between a team that continues to fight to continue climbing to the top of the standings and another that cannot find a way out of the relegation positions. This is the game between Eintracht Frankfurt and Schalke 04, game corresponding to date 16 of the Bundesliga.

The Schalke 04 team continues to disappoint its fans. The team can’t find a way out of the last place in the standings and they are getting closer to relegation to the 2. Bundesliga for the following season. Despite having excellent players like Marius Butler, Simon Terodde and Rodrigo Zalazar, the team has only managed to achieve two victories in the last 10 games played, in addition, the low production of goals by their offense has affected them, since they only They have scored 13 goals in 15 games, being one of the teams with the fewest goals scored and with the most goals against with a total of 32. Schalke 04 is in the last position of the Bundesliga with only 9 points.

Eintracht Frankfurt has become one of the surprise teams this season. They are on a streak of 3 consecutive games without being defeated, the last loss was against Borussia Dortmund by a score of 1-2 on October 29. After this defeat the team has achieved two victories and a draw. The excellent performance of players like Daichi Kamada, Jesper Lindstrom and Randal Kolo Muani have been essential for the good performance of the team throughout this season, especially its offensive line, which has scored 32 times this season. Those led by Oliver Glasner are fourth in the Bundesliga with a total of 27 points.

Let’s check the latest picks, Bundesliga news, stats and Bundesliga expert picks for Frankfurt vs Schalke. We’ve plenty of Bundesliga predictions for you to consider.

The implied probability for these two teams attached to the betting lines has Frankfurt at a 72.97% chance of winning the game, meanwhile Schalke has 12.90% probability of finishing the game with the W.