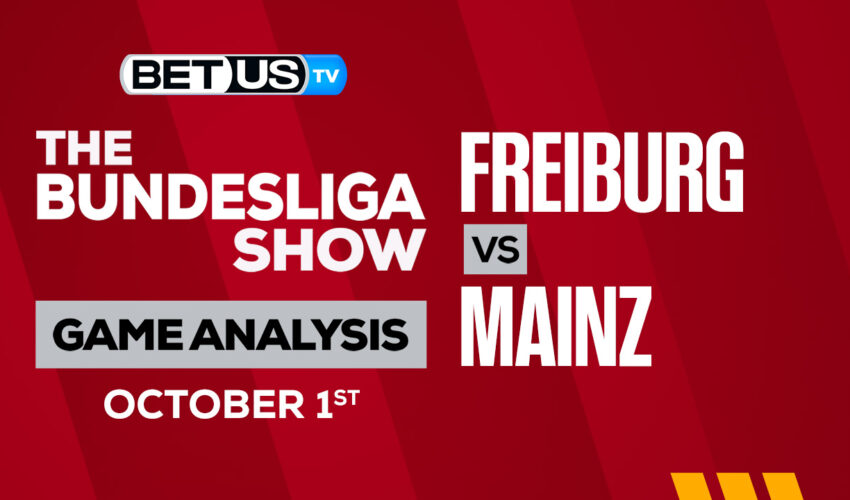 This Saturday Mainz travels to the Stade Europa-Park to face SC Freiburg in the Bundesliga. Freiburg had a strong start, so much so that we can see them in the Champions League places and ahead of the reigning champions, Bayern Munich. Mainz, for their part, are in eighth position so losing is not an option.

Freiburg have had a good start both domestically and in the Europa League, and their crushing win at Olympiacos showed their attacking power.

But it’s not just their attack that is to be applauded, after all Freiburg come into this match with three consecutive clean sheets.

Last season Freiburg finished sixth, but now they are leading the Bundesliga. Streich’s work with the team is noticeable, his changes of system during the game and his ability at set pieces is key.

The defense is also impeccable, with Mathias Ginter and Philipp Lienhart being an incredible duo in the center of defense. An example of this was their draw with Hoffenheim.

Mainz, in eighth place in the table until the seventh matchday, have not given the impression of being an incredible team, in fact they have yet to win at home. During the international break they lost 5-2 to second division Karlsruher, to which coach Bo Svensson declared: “That has nothing to do with the level of the Bundesliga”.

It’s not all bad news, Jonathan Burkardt returns to the field and will provide a boost of creativity. Mainz are unbeaten in their last four meetings against the Breisgau club, but Svensson had this to say:

“Freiburg are a very tough opponent. They have quality all over the pitch. But if we perform well, we can also make it difficult for them.”

Svensson led Mainz to eighth place in his first full season with the team, so finishing in the Europa Conference League places would be the next step. The match with Freiburg will be a test of how far his team has come.

Let’s check the latest Bundesliga picks, news, stats and Bundesliga expert picks for Freiburg vs Mainz. We’ve plenty of Bundesliga predictions for you to consider.

The implied probability for these two teams attached to the betting lines has Freiburg at a 48.78% chance of winning the game, meanwhile Mainz has 28.17% probability of finishing the game with the W.