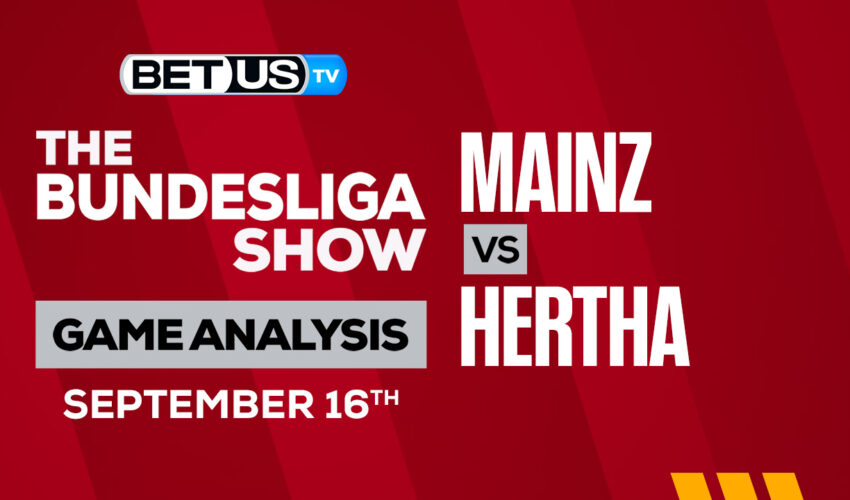 Mainz 05 will be looking to return to winning ways when they host Hertha Berlin in the Bundesliga on Friday. Hertha, meanwhile, recorded a respectable 2-2 draw with Bayer Leverkusen last weekend.

Hertha have made sizable steps forward under their new coach Sandro Schwarz, who has helped guide his side to four points from their last two matches after a difficult start to life for him in Berlin.

Following their first win of the season away to Augsburg, Hertha ensured that they did not leave their entertaining clash against Leverkusen empty-handed, although Schwarz would have been disappointed to see his team fail to hold on after Marco Richter’s 74th-minute strike had given them a 2-1 lead.

Kerem Demirbay and Suat Serdar had earlier exchanged blows in the opening stages of the second half, with Patrik Schick’s late leveler probably making for a fair result in the end.

On the other side, in an otherwise dour first half away to Hoffenheim last weekend, Alexander Hack’s 41st-minute dismissal left Mainz in a world of trouble heading into the second half.

It did not take the hosts long to break the deadlock, with Andrej Kramaric’s 53rd-minute strike opening the floodgates, as Grischa Promel, Munas Dabbur and Pavel Kaderabek all got themselves on the scoresheet in a 4-1 drubbing.

Head coach Bo Svensson will at least have been pleased to see his side dig in and find a response through Dominik Kohr’s consolation goal, and given the circumstances he will have sympathy for a team who have very rarely let him down since taking over in January 2021.

After Mainz recently lost 3-0 at home to Leverkusen, they responded with an impressive 1-0 win away to Borussia Monchengladbach, so the 43-year-old will be demanding something similar against a Hertha side as they expect to finish above in the table this season.

Let’s check the latest Bundesliga picks, news, stats and Bundesligaexpert picks for Mainz vs Hertha. We’ve plenty of Bundesligapredictions for you to consider.

The implied probability for these two teams attached to the betting lines has Mainz at a 56.52% chance of winning the game, meanwhile, Hertha has 22.22% probability of finishing the game with the W.