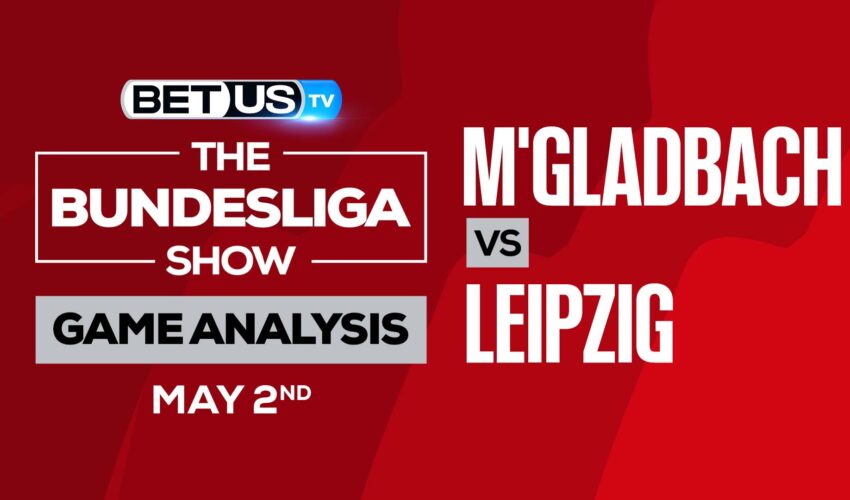 Borussia M’gladbach is going head to head against RB Leipzig at Borussia-Park stadium as they try to secure a spot in Bundesliga’s top 10. M’gladbach is currently sitting at 11th place right behind Mainz with a 1-point difference. If Adi Hütter’s men manage to score a couple of victories in a row, they’ll be guaranteed a top 10 finish this season. On the other hand, Leipzig finds themselves in a race for a top 4 finish against Freiburg with only 2 points keeping them apart.

M’gladbach comes into this match after having a 3-3 draw against Freiburg and a disappointing loss against 7th place team Koln. Even if M’gladbach was able to take down Fürth convincingly, it’s clear that they are struggling to get leads against Bundesliga’s top 10 teams. The last time Adi Hütter’s men managed to win against a top 10 team was back in January when they defeated Bundesliga champions Bayern Munich with a 2-1 score, which was a completely unexpected result.

Domenico Tedesco’s team was recently on a 3 league game win streak but ended up dropping their match against Union Berlin. Leipzig’s performance in the Europa League is exceeding the expectations as they recently beat Rangers in the semi-final first leg and are looking on a clear path towards the grand final if they keep it up. If we look at their upcoming matches, it’s safe to say that Leipzig can secure a top 4 finish easily, granting them a Champions League spot.

M’gladbach was completely dominated by Leipzig the last time they encountered. Ramy Bensebaini was responsible for their only goal while Leipzig managed to score 4 goals of their own. This game is going to be hard but very important for Hütter’s team. The stakes are high for both of these teams in this match both teams will try their hardest to secure the victory.

The implied probability for these two teams attached to the betting lines have Gladbach at a 23.53% chance of winning the game, meanwhile RB Leipzig have 56.52% probability of finishing the game with the W.