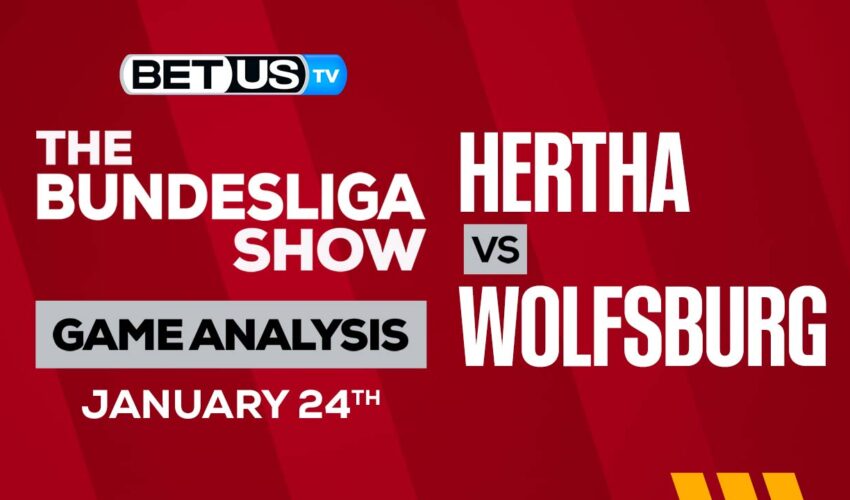 What a great way to return to the Bundesliga for the Wolfsburg team. The team led by Niko Kovač returned to action with a 6-0 against Freiburg in what was one of Wolfburg’s best games of the season and an important victory against one of the Bundesliga’s best positioned rivals. Wolfburg is in the seventh position of the Bundesliga with 26 points. The difference between second and seventh place is only 4 points, so a win in this next game could be at the top of the ranking. This Tuesday, January 24th, they will be facing a Hertha Berlin team that has been in decline in their performance.

Let’s check the latest picks, Bundesliga news, stats and Bundesliga expert picks for Hertha Berlin vs Wolfsburg. We’ve plenty of Bundesliga predictions for you to consider.

Hertha Berlin is still without a win in the Bundesliga.The Hertha Berlin still cannot find its best performance. In the last game they were defeated by one of the worst Bundesliga teams, VfL Bochum by a score of 3-1. Although Hertha won their penultimate game against FC Koln, this did not help them to move up in the standings, as they have been defeated for 3 consecutive games. The victories achieved by the team have been against teams that are lower in the standings, so they have not been able to get out of the relegation places. Hertha is 12th in the Bundesliga with only 14 points, although with a win in the next game they could climb to 14th in the standings.

The last time the two teams met, the game ended in a draw, further increasing the equality between the two teams. However the oddsmakers give a clear advantage to Wolfburg, taking into account the performance of both teams during the current season, where Wolfburg has been better than Hertha Berlin. We will see what will be the outcome of this game that may have Wolfburg rise to the top or sink even more Hertha in the relegation positions.

The implied probability for these two teams attached to the betting lines has Hertha Berlin at a 34.48% chance of winning the game, meanwhile Wolfsburg has 40.82% probability of finishing the game with the W.