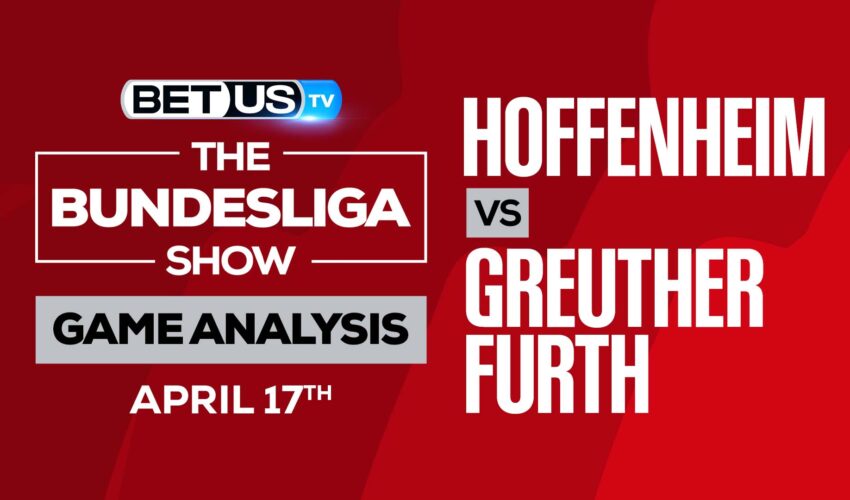 Hoffenheim is eager to put an end to their three-game losing run, and they are likely to go all guns blazing at the rock-bottom side. The good news for the hosts is that all Akpoguma, Vogt, and Raum are back from suspensions. Greuther Furth, on the other hand, failed to impress in a 2-0 loss to Borussia M’gladbach, with die Fohlen ruining their survival hopes.

Since the rock-bottom side has little to play for in Sunday’s clash, anything but a routine home win would be a major surprise. All Marco Meyerhofer, Paul Seguin, Jeremy Dudziak, Marius Funk, and Robin Kehr are sidelined with injuries, while there are no suspended players in the away team ahead of the trip to Sinsheim. Hoffenheim destroyed Furth in the revers fixture beating them 6-3 on the road.

The implied probability for these two teams attached to the betting lines have Hoffenheim at a 77.78% chance of winning the game, meanwhile Greuther Furth have 9.52% probability of finishing the game with the W.