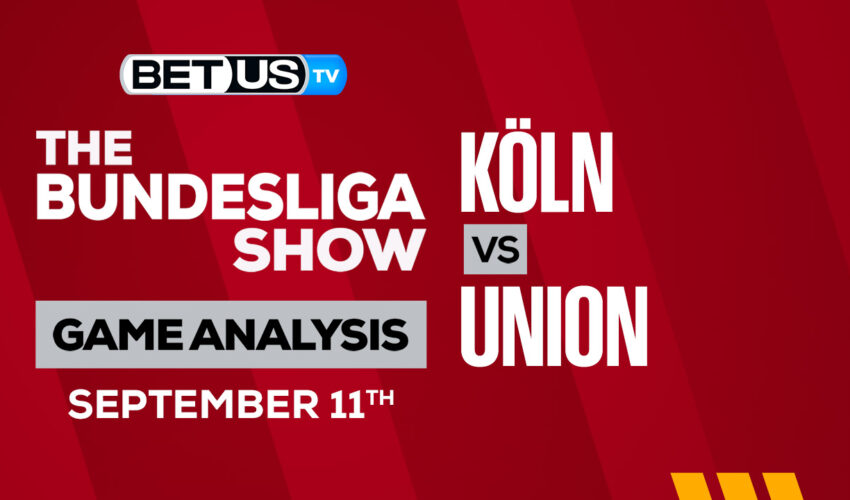 FC Koln play host to Union Berlin in the Bundesliga on Sunday with both sides looking to maintain their unbeaten starts to the season. Union Berlin are two points ahead of their forthcoming opponents heading into the weekend’s clash, having won one more match. Having drawn three successive league games, Koln defeated Wolfsburg 4-2 away from home last weekend. Meanwhile, Union Berlin held Bayern Munich to a 1-1 draw at Stadion An der Alten Foersterei last weekend, maintaining their unbeaten record in the process.

Steffen Baumgart’s side were dominant throughout, racking up 18 shots after falling behind to Lukas Nmecha’s strike in only the second minute. However, Florian Kainz’s penalty on the stroke of half time provided them with a two-goal cushion, which they never looked likely to throw away after the break. In Europe, meanwhile, they secured a respectable 1-1 draw away to Nice in the Europa Conference League on Thursday, putting themselves in a strong position to progress from Group D, which also contains Partizan and FC Slovacko.

On the other side, Sheraldo Becker’s superb volley gave the hosts a 12th-minute lead, matching his best Bundesliga goal scoring tally in a season already with five goals in five matches, before Joshua Kimmich leveled the proceedings three minutes later with a deflected effort. Both sides pushed for a winner, but in the end a share of the spoils was probably the fairest outcome, with Urs Fischer’s side heading into the weekend in a Champions League qualification position having only missed out on fourth by a single point last season.

Fischer will hope that his side can put their European defeat to the back of their minds and recover in Cologne on Sunday, with the Bundesliga undoubtedly taking priority for him and the club this season. Meanwhile, Baumgart will be aware that this test against Union Berlin may be their most difficult one of the season yet given that their forthcoming opponents are undefeated, too, but he will feel confident of avoiding defeat once again at the very least.

Let’s check the latest Bundesliga picks, news, stats and Bundesligaexpert picks for Köln vs Union Berlin. We’ve plenty of Bundesligapredictions for you to consider.

The implied probability for these two teams attached to the betting lines has Köln at a 40.82% chance of winning the game, meanwhile, Union Berlin has 33.90% probability of finishing the game with the W.