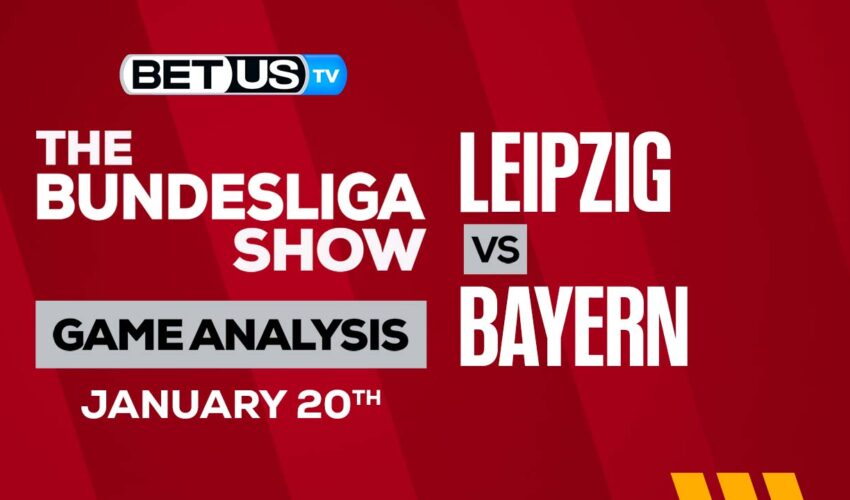 The German Bundesliga continues and this Friday, January 20, we will have an excellent game between two teams that fight for the top positions. This is the game between Bayern Munich and RB Leipzig.

Bayern Munich continues to have an excellent season in the Bundesliga. Those led by Julian Nagelsmann are in a streak of 8 consecutive games without defeat, the last defeat was on September 17, 2022, when they were defeated by FC Augsburg by a score of 1-0. Despite having lost striker Robert Lewandowski, this has not affected them, since the excellent performance of Jamal Musiala, Serge Gnabry and Sadio Mané have made up for the loss of the Polish striker. Bayern Munich’s offense is the top scorer in the Bundesliga with a total of 49 goals scored this season. Bayern Munich is located in the first position of the Bundesliga with a total of 34 points.

The RB Leipzig team has also had one of its best seasons. Leipzig has not lost a Bundesliga game since last September 17, when they were defeated by the Borussia Mönchengladbach team by a score of 3-0. After this defeat, the team has achieved 6 victories and 2 draws, which demonstrates the excellent work done by Marco Rose. The player Christopher Nkunku has been fundamental for the good performance of the team, being not only the team’s top scorer but also the Bundesliga top scorer with 12 goals. RB Leipzig is in third position in the Bundesliga with 28 points.

Bayern Munich is the one who has the advantage in the games between both teams. In the last 5 games, Bayern Munich has achieved 4 wins and a draw, which gives them the advantage over RB Leipzig for this game. We will see if RB Leipzig is capable of winning the game at home or if it will be Bayern Munich who continue to increase their unbeaten streak this season.

Let’s check the latest picks, Bundesliga news, stats and Bundesliga expert picks for Leipzig vs Bayern Munich. We’ve plenty of Bundesliga predictions for you to consider.

The implied probability for these two teams attached to the betting lines has Leipzig at a 26.32% chance of winning the game, meanwhile Bayern Munich has 53.49% probability of finishing the game with the W.