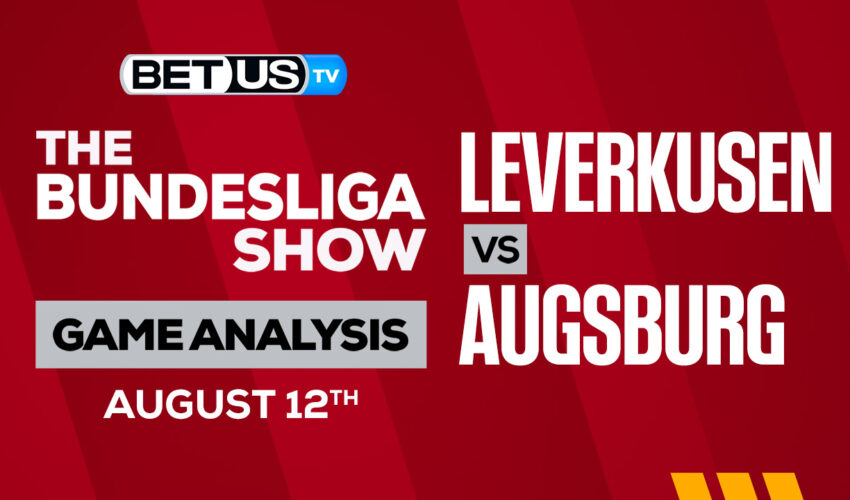 On Saturday, Augsburg take a trip to BayArena, where they’ll face off against Leverkusen in an effort to turn things around as both sides couldn’t pick up a win on the opening day of their 2022-23 Bundesliga Campaign. This might end up being one of the most one-sided matches of week 2, but Leverkusen has to make sure that their players arrive in the best form possible to score their first win.

Let’s face it, after comfortably reaching the top-4 last season, it has not been the best start to the campaign for Leverkusen. Having been stunned 4-3 by third-tier outfit SV Elversberg in the first round of the DFB-Pokal, Gerardo Seoane’s side couldn’t keep up against Borussia Dortmund, picking up a narrow 1-0 defeat.

To make things much worse for Seoane’s side, first-choice goalkeeper Lukas Hradecky received a red card in injury time for handling the ball outside of his penalty area and denying a clear goalscoring opportunity in the process. A bad day at the office in terms of the outcome in Dortmund, but hopes should be high ahead of their very winnable upcoming match.

Augsburg’s story is a completely different one. They have maintained themselves in the Bundesliga 1st division since the 2011-12 season. Unluckily for them, losing Michael Gregoritsch, who has been their top goalscorer twice, might signify a trip back to the 2nd division. Arne Maier will be the one trying to keep their hopes alive. Maier comes off a recent loan from Hertha BSC to Bielefeld.

Unfortunately for their fans, Augsburg’s 4-0 defeat against Freiburg in the opening week didn’t ease any concerns that this campaign could be another difficult one. With Lukas Petkov, Niklas Dorsch, Ruben Vargas, Reece Oxford, Tobias Strobl, and Joel Sarenren Bazee all unlikely to travel, Maaßen may surprise some by making very few changes to his starting XI, which makes us wonder if they have even a slight chance against Leverkusen.

Let’s check the latest Bundesliga picks, news, stats, and Bundesliga expert picks for Leverkusen vs Augsburg. We’ve plenty of Bundesliga predictions for you to consider.

The implied probability for these two teams attached to the betting lines have Leverkusen at a 74.68% chance of winning the game, meanwhile, Augsburg has 11.11% probability of finishing the game with the W.