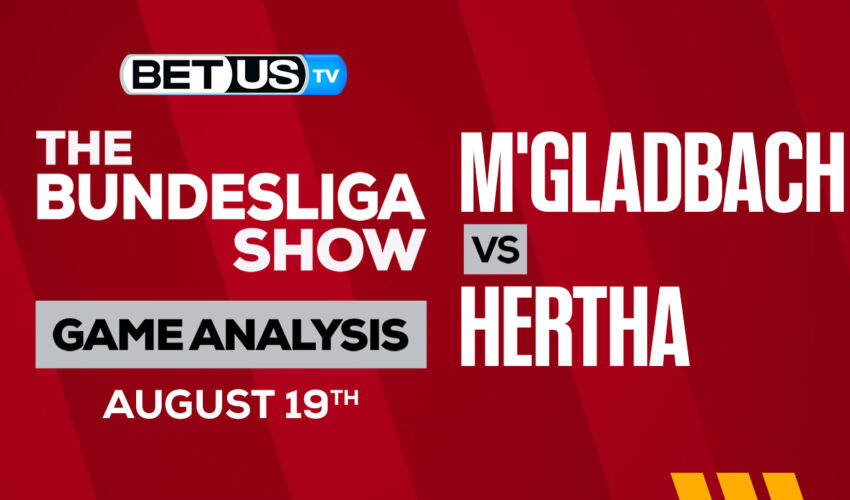 After playing two matches and having made a strong start to life under new manager Daniel Farke, Borussia M’gladbach remain unbeaten. On Friday, they will take on Hertha Berlin in the Bundesliga’s 2022-23 Matchday 3. The former Norwich City manager has made a positive impact after Gladbach’s worst Bundesliga finish for 11 years last season, with Die Fohlen looking like a side capable of challenging for the European qualification places once again.

A 9-1 drubbing of Oberachern in the DFB-Pokal was followed up by a comfortable 3-1 victory over Hoffenheim on the opening weekend of the Bundesliga, leaving Farke confident of escaping Schalke 04 with all three points last time out. However, that looked in doubt after Rodrigo Zalazar’s driving run and strike from 25 yards provided the hosts with a half-time lead, but Marcus Thuram had other ideas with his delightful backheel finding Hofmann, who did what he does best by displaying composure to nutmeg a defender before prodding the ball into the bottom corner.

Hertha, meanwhile, had everything to prove when they took on Eintracht Frankfurt last weekend, having embarrassingly exited the DFB-Pokal exit to second-tier side Eintracht Braunschweig before losing 3-1 in the derby to Union Berlin last weekend. After competing in the European Super Cup against Real Madrid in midweek, Frankfurt looked fatigued as they carelessly lost the ball on several occasions, with Suat Serdar punishing them with a fine header after Dodi Lukebakio’s right-wing cross.

Wilfried Kanga should have doubled the hosts’ lead from close range after Frankfurt turned over the ball yet again, with the striker’s profligacy punished just three minutes into the second half as Daichi Kamada displayed trademark composure in front of goal after an excellent counter-attack. In the end, Hertha would have been happy to take a point after Santos Borre had a penalty decision overturned late on, with the referee deeming there was not enough contact from the onrushing Oliver Christensen to stick with his initial decision of awarding a penalty.

The implied probability for these two teams attached to the betting lines has Borussia Mönchengladbach at a 65.52% chance of winning the game, meanwhile Hertha Berlin has 17.09% probability of finishing the game with the W.