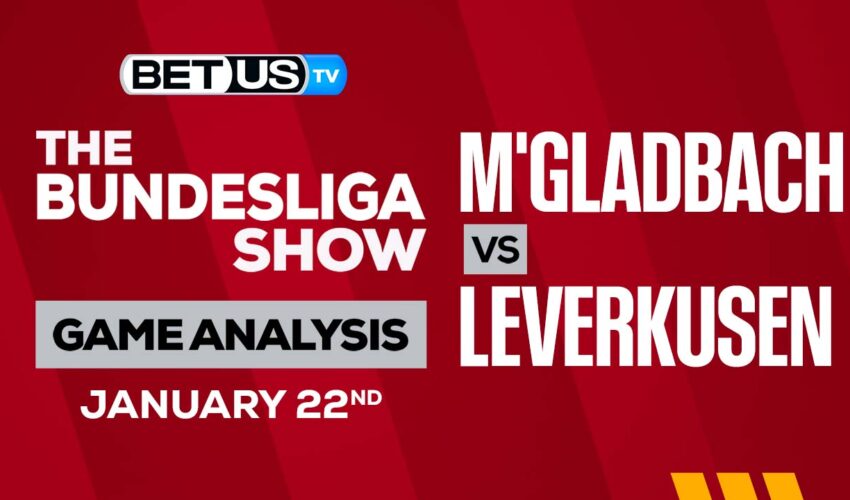 The Bundesliga match between Borussia Monchengladbach and Bayer Leverkusen is scheduled for Sunday at the Borussia-Park. Borussia Monchengladbach enters this match after defeating Edin Terzic’s Borussia Dortmund 4-2 in league play. Leverkusen shouldn’t be in a panic mode because the Black and Reds still have a lot of work to do to move up the table despite being four points away from the relegation zone.

Prior to the World Cup and the winter break, the Foals’ Bundesliga performance was quite erratic; over their previous five matches, they had lost three and won two. Gladbach defeated Borussia Dortmund 4-2 in their previous match. Given that they are now only three points off of the Bundesliga’s European berths, Daniel Farke’s team is still within striking distance of the league’s top six.

While Monchengladbach’s recent league performance has been hit-and-miss, they have a great recent home record, having won four of their previous five home games in the German top division and scoring at least two goals in each of those victories.

Just before the break, Die Werkself went on a much-needed winning streak in the Bundesliga, winning three games in a row. The club led by Xabi Alonso defeated Stuttgart 2-0 in their previous league matchup. Bayer scored at least two goals for the third straight league game in this matchup.

Leverkusen has improved recently and is now four points clear of the Bundesliga’s relegation play-off berth. To avoid getting drawn back into the struggle for survival in the German top division, they still have work to do.

Bayer’s four-game road losing streak in the Bundesliga came to an end with a 2-1 victory at Koln in their most recent away match. The victory also put a stop to the German top division team’s three-game losing record on the road.

Let’s check the latest picks, Bundesliga news, stats and Bundesliga expert picks for Borussia M’gladbach vs Leverkusen. We’ve plenty of Bundesliga predictions for you to consider.

The implied probability for these two teams attached to the betting lines has Borussia M’gladbach at a 37.74% chance of winning the game, meanwhile Leverkusen has 42.55% probability of finishing the game with the W.