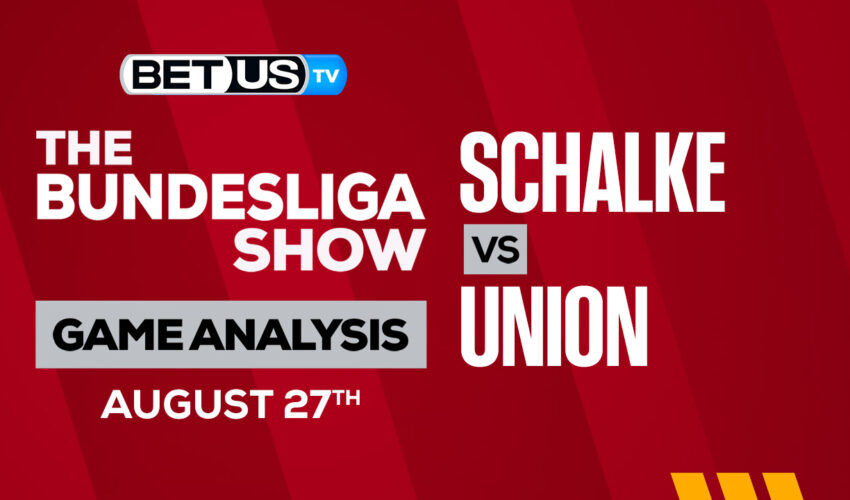 On Saturday, Union Berlin take a trip to VELTINS-arena where they’ll face off Schalke 04 for their 4th game of the 2022-23 Bundesliga campaign. The visitors have an opportunity to move top of the table by winning, as the two sides above them in the table, Bayern Munich and Borussia Monchengladbach, do not play until they meet each other later on Saturday evening.

Seven points from a possible nine has continued the positive momentum generated over the past few seasons in East Berlin, with Die Eismen only falling short of Champions League qualification by a single point last campaign. RB Leipzig were the side who pipped them to fourth spot, but Union Berlin managed to gain a small slice of revenge last weekend, with Jordan Siebatcheu and Sheraldo Becker continuing their scintillating form with a counter-attacking goal apiece before the half-time interval.

The visitors rallied after the break, with Willi Orban’s close-range header giving them hope seven minutes from time, but Fischer’s side held on for a crucial victory. Should they be able to find another win in Gelsenkirchen, they may well find themselves top of the Bundesliga come the full-time whistle.

Schalke, meanwhile, remains winless upon their return to the Bundesliga, but they made it back-to-back draws with a 0-0 stalemate away to Wolfsburg last weekend. Head coach Frank Kramer would have left Lower Saxony frustrated that his side could not claim all three points after Simon Terrode’s woes in front of goal continued, missing from the penalty spot after being afforded the opportunity of a retake due to Koen Casteels being adjudged to have stepped off his line.

Avoiding defeat twice in a row is a step in the right direction for Schalke at this stage in their development, but Kramer will be more than aware that his side will need to find wins at some point in the season if they are to move themselves away from relegation danger.

Let’s check the latest Bundesliga picks, news, stats and Bundesliga expert picks for Schalke vs Union Berlin. We’ve plenty of Bundesliga predictions for you to consider.

The implied probability for these two teams attached to the betting lines has Schalke at a 32.26% chance of winning the game, meanwhile, Union Berlin has 42.55%probability of finishing the game with the W.