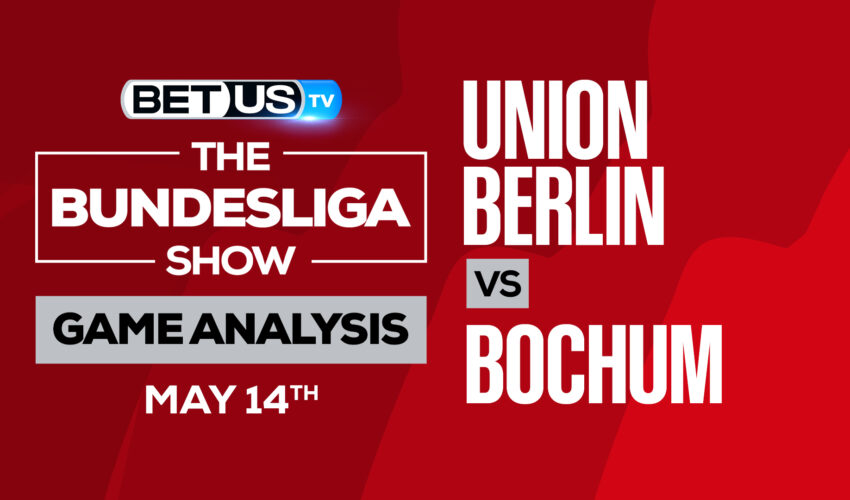 Union Berlin is the Bundesliga team with the best form over the last six matches as they scored 16 points from the 18 possible. They are sitting in 6th-place and already secured a spot in the Europa Conference League play-offs. But if they take down Bochum and Freiburg loses their encounter against Leverkusen, then Union Berlin will qualify for the Europa League instead.

Bochum will visit the An der alten Forsterei on May 14 to try and finish the Bundesliga season with a winning streak and possibly sneak into the top 10. Reis’ side might not be playing for a Europa League spot like their counterpart, but finishing in the best form possible is a good objective.

They were recently promoted to the Bundesliga after playing in the 2nd division for 11 seasons. Bochum had a pretty good season, and it’s safe to say that they are probably the best team sitting in the middle of the standings. They recently had a very intense match against Dortmund and although they were close to losing, Bochum ultimately was able to finish the game with a victory in their books.

Fischer’s men won’t give Bochum an easy time because this is a much-needed win for them. They know they have the tools to take down Bochum and they proved this the last time they met at the Vonovia Rhurstadion, where Union Berlin scored a dominant win. This is their last match of the season and there is nothing else they need to worry about.

Even though Bochum has no pressure to perform at all, it’s going to be hard for them to take down a team as strong as Union Berlin. But if Reis’ side manages to score a win here or even a draw it would be a huge upset and Union Berlin would be losing their chances for a spot in the Europa League.

The implied probability for these two teams attached to the betting lines have Union Berlin at a 71.83% chance of winning the game, meanwhile Bochum have 13.33% probability of finishing the game with the W.