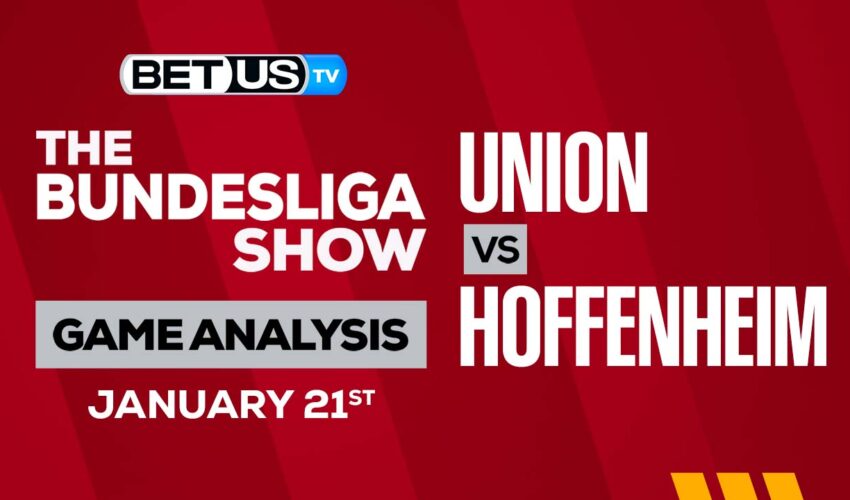 This next January 21 we will have an excellent game between two teams that will fight one of them to obtain a place in European competitions for the next season and another that seeks not to fall into relegation positions. This is the game between Union Berlin and TSG Hoffenheim corresponding to matchday 16 of the German Bundesliga.

The TSG Hoffenheim team has not had a good time in their last Bundesliga games. They are on a losing streak of 5 consecutive games without being able to win. The last time they got a victory was on October 14 when they beat Schalke 04 by a score of 0-3. After this victory, TSG Hoffenheim has drawn twice and lost in 3 games. Despite the fact that the team has had a good number of goals in their favor, their defense has been one of the team’s most vulnerable points, since they have conceded a total of 22 goals in 15 games for an average of 1.46 goals per game, which has definitely hurt the team. Currently TSG Hoffenheim is eleventh in the Bundesliga with a total of 18 points.

Union Berlin has been in decline after a very good start to the season. From being in the top positions of the Bundesliga, the team has shown a decline in its performance, which has caused the team to fall to fifth position in the Bundesliga, 7 points behind the leader and complicating its participation in European competitions. Union Berlin came from 3 consecutive games without being able to win, but the most worrying thing for the team has been the number of goals conceded. The team has allowed 11 goals in its last 3 games, more than half of the goals they had conceded up to matchday 12 of the season. Despite this, the performance shown by Sheraldo Becker, Janik Haberer and Jordan Pefok has been essential for the team to have scored 24 goals this season. Union Berlin is in fifth position in the Bundesliga with a total of 27 points.

Union Berlin arrives as the favorite to win due to the performance shown by both teams, in addition to the advantage they have had in common matches with 2 wins, one draw and only one win for TSG Hoffenheim.

Let’s check the latest picks, Bundesliga news, stats and Bundesliga expert picks for Union Berlin vs Hoffenheim. We’ve plenty of Bundesliga predictions for you to consider.

The implied probability for these two teams attached to the betting lines has Union Berlin at a 45.45% chance of winning the game, meanwhile Hoffenheim has 29.85% probability of finishing the game with the W.