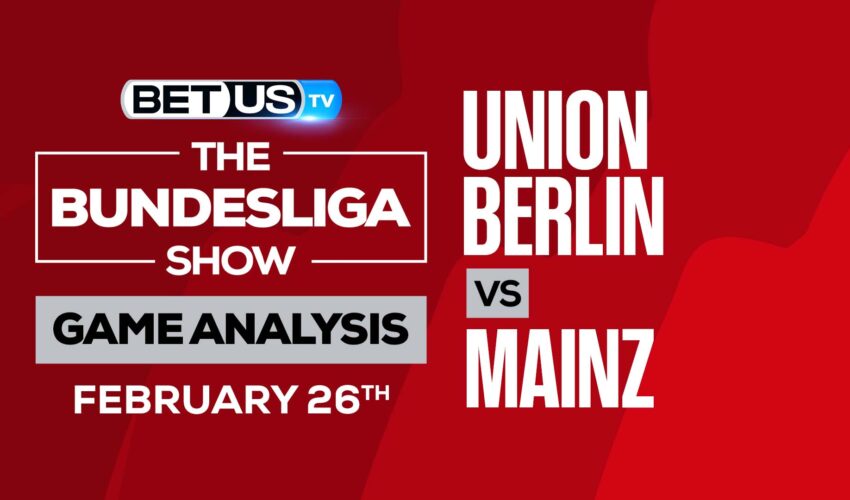 After three consecutive defeats without scoring a goal, Union Berlin will seek to steady the ship when they host fellow European contenders Mainz 05 on Saturday, February 26. Our Bundesliga team of experts will deliver their soccer predictions, and free tips ahead of this Matchday 24 fixture. Sign-up at BetUS TODAY and get 125% BONUS.Use the Promo Code BETUSTV125. Terms and Conditions apply.

As the teams have been on different trajectories in recent weeks, they are now equal on points in the Bundesliga table before going head-to-head at An der Altern Forsterei. Missing out on the opportunity to climb into a European qualification position, Union Berlin instead found themselves dropping down to ninth place in the standings after they lost again last week. Urs Fischer’s troops have lost the attacking sharpness in the last several weeks as they failed to find the net in three straight league outings. Mainz, on the other side, claimed two wins and a draw in the previous three rounds. Their form has been very impressive, especially since the team played the likes of Hoffenheim, Freiburg, and Bayer Leverkusen along the way. Bo Svensson’s and Co lost six and drew one of the last seven away Bundesliga fixtures.

Kick back with BetUS’s host, Gordon “Flash” Watson, who’ll be hanging out with our soccer experts, Alex Campean and Kevin Hatchard to discuss the latest Bundesliga odds and hook you up with their hottest Bundesliga picks, free tips, and best soccer bets for Matchday 24.

Access for the latest news on soccer bets as well as the best sports betting advice on YouTube, as we analyze the teams and the latest soccer betting trends to get you the best soccer expert predictions. Stay updated with the news you need as the Bundesliga season continues.