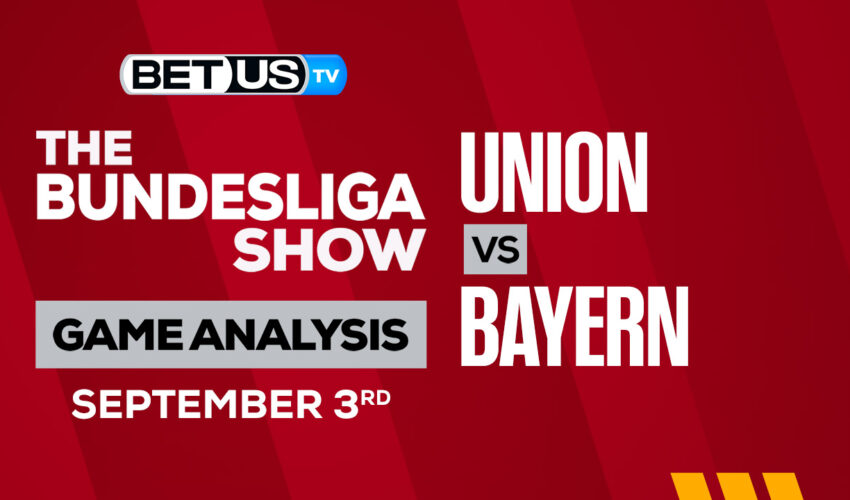 We’ll have a battle between two teams sitting in the top of the standings when Bayern Munich take a trip to Stadion An der Alten Försterei to meet Union Berlin on Saturday. Both sides head into the weekend’s meeting level on 10 points after four matches, with the reigning champions ahead on goal difference by a whopping 6. This is definitely going to be the most exciting Bundesliga match that we’ll get to see during the weekend.

After a perfect start to Julian Nagelsmann’s second season in charge, Bayern dropped points for the first time with a frustrating 1-1 draw at home against Borussia Monchengladbach last weekend. Yann Sommer was in absolutely inspired form on the day, making 19 saves in total as only Leroy Sane’s 83rd-minute equalizer managed to beat the Switzerland stopper. Sadio Mane twice had the ball in the back of the net but was denied by tight offside calls on both occasions, while saves to deny Sane, Upamecano and Matthijs de Ligt were arguably the pick of an incredible array of sharp reactions from Sommer.

On the other side, Urs Fischer’s side continue to go from strength to strength under the tutelage of Urs Fischer, who guided Die Eisernen to their first ever promotion to the Bundesliga in his first season in charge in 2018-19. With 11th, seventh and fifth-placed finishes in Germany’s top flight since gaining promotion, Union Berlin’s upwards trajectory is clear for all to see and that has shown no signs of halting in the early weeks of the current campaign.

Losing their top goalscorer from last season in the shape of Taiwo Awoniyi’s £18m move to Nottingham Forest could have been a major blow to their aspirations, but the £5m signing of Jordan Siebatcheu as Awoniyi’s replacement looks an incredibly shrewd piece of business so far. Having beaten RB Leipzig at Stadion An der Alten Foersterei already this season, Fischer and his players will have real belief that they can cause a major upset against Bayern and move top of the table

Let’s check the latest Bundesliga picks, news, stats and Bundesligaexpert picks for Union vs Bayern: Picks & Predictions 9/03/2022. We’ve plenty of Bundesligapredictions for you to consider.

The implied probability for these two teams attached to the betting lines has Union at a 13.79% chance of winning the game, meanwhile, Bayern has 73.33% probability of finishing the game with the W.