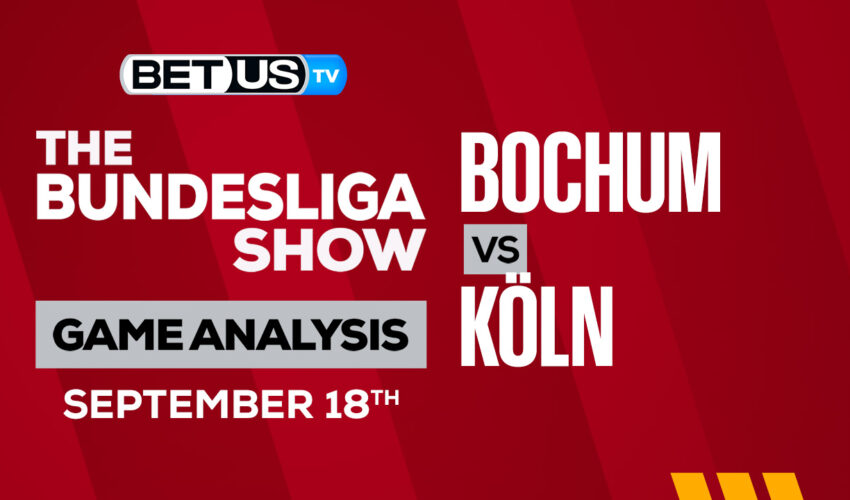 Sunday’s football game at Vonovia Ruhrstadion pits together Bochum and Koln, the two sides with entirely different ambitions in the 2022/2023 Bundesliga season. Bochum’s main goal is to secure yet another top flight survival, while Koln are eyeing a spot in European competitions.

Home side kicked off the new season with six defeats in a row, while the Billy Goats, on the other hand, aim to bounce back from a 1-0 loss to Union Berlin, and will try to take advantage of the current atmosphere in Bochum’s dressing room.

The decision was not easy at all, but simply Bochum was forced to fire coach Thomas Reis along with his assistant Markus Gellhaus due to the disastrous start of the new Bundesliga campaign. Bochum players are rooted at the bottom of the table, after suffering six defeats from the same number of games played, so it’s no wonder that many see them as the main candidates for moving to the second tier.

Meanwhile, Koln started the new Bundesliga season impressively with 5 matches without defeat, but The Billy Goats failed to extend their unbeaten run as they suffered their first defeat of the season against Union Berlin last weekend. However, Koln regained their confidence in an expressway, with a routine 4-2 triumph over Slovacko in mid-week in the second round of the UEFA Conference League.

In the last 15 head-to-head meetings between these teams, even seven were friendlies. Last season, Koln were a better rival with a narrow 2-1 home win, while the second leg ended in a 2-2 draw. Bochum’s start of the season looks like Greuther Firth’s from last term, even worse, given that Greuther took a point and conceded 16 goals.

Meanwhile, Die Unabsteigbaren have no points with 18 conceded goals from the first six rounds. The advantage of the home field was not of great importance to Bochum, who suffered all three defeats so far, conceding an incredible 11 goals.

Let’s check the latest Bundesliga picks, news, stats and Bundesligaexpert picks for Bochum vs Köln. We’ve plenty of Bundesligapredictions for you to consider.

The implied probability for these two teams attached to the betting lines has Bochum at a 32.26% chance of winning the game, meanwhile, Köln has 45.45% probability of finishing the game with the W.