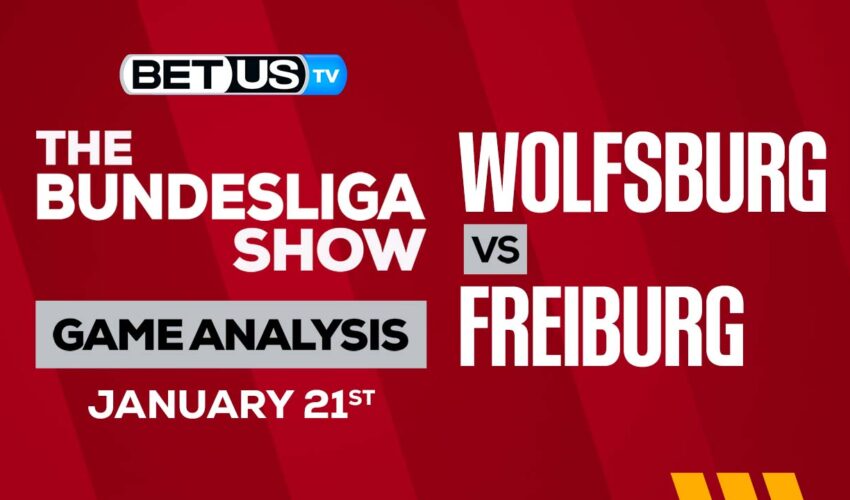 Matchday 16 of the Bundesliga presents us with one of the most even games we will have. A team that has caused a surprise this season and another that is looking for a victory that can put it in first places. This is the game between VfL Wolfsburg and SC Freiburg.

The VfL Wolfsburg team continues in the fight to get into the top positions and get a place in European competitions. The team is on an excellent run of 8 games without being defeated, where they have achieved 3 draws and 5 victories. The last time they were defeated was on September 18, 2022 by a score of 2-0 against Union Berlin. The great performance of players like Lukas Nmecha, Maximilian Arnold and Riddle Baku has been essential for the team to have shown one of its best versions of the season. However, one of the complications that the team has had has been its defense, which has conceded a total of 20 goals in 15 games. VfL Wolfsburg is in seventh position in the Bundesliga with 23 points, only 4 points behind the Europa League.

SC Freiburg has undoubtedly been the surprise team this season. The work done by their coach Christian Streich has paid off as the team ranks as the second best team in the Bundesliga, only 4 points behind the leader, Bayern Munich. SC Freiburg’s last defeat was on November 9 when they were beaten 3-1 by RB Leipzig. In the last 10 games played they have obtained 2 defeats, 3 draws and 5 victories. The performance of their scorer Vincenzo Grifo has been paramount for the team to have been able to win the matches. Grifo has scored 9 of the 25 goals the team has scored. SC Freiburg is in second place in the Bundesliga with a total of 30 points.

Surprisingly, in the last 5 games between the two teams, SC Freiburg is the one who has taken advantage, since they have obtained two victories, two draws and only one victory for VfL Wolfsburg. In addition, given the performance that SC Freiburg has shown, it is the one who arrives with the best chances of winning the game.

Let’s check the latest picks, Bundesliga news, stats and Bundesliga expert picks for Wolfsburg vs Freiburg. We’ve plenty of Bundesliga predictions for you to consider.

The implied probability for these two teams attached to the betting lines has Wolfsburg at a 40.00% chance of winning the game, meanwhile Freiburg has 35.71% probability of finishing the game with the W.