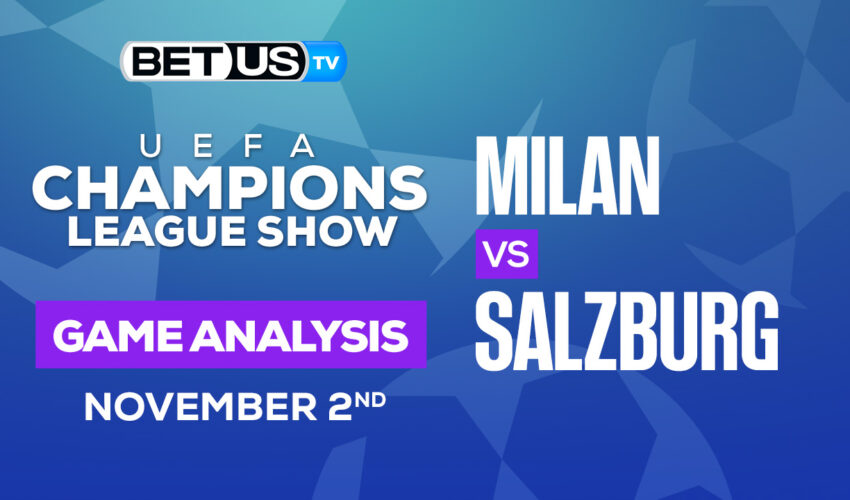 AC Milan and Salzburg go head-to-head at San Siro in a Champions League Group E contest on Wednesday, November 2nd. A place in the competition’s next round is up for grabs in Italy this week. AC Milan are on the cusp of qualification for the Champions League’s next phase, though their only two victories in Group E so far came at the expense of bottom club Dinamo Zagreb and the Rossoneri might find it tough to push for victory against a tough-to-beat Salzburg outfit.

The Austrians have avoided defeat in four out of five group assignments so far and they looked a match for Milan when the teams drew 1-1 back in September. With that in mind, RB Salzburg will travel to Italy to try to obtain the victory.

RB Salzburg are currently at the top of the Austrian Bundesliga standings and have been impressive on the domestic front. The away side edged Hartberg to an important 1-0 victory over the weekend and will need to work hard to achieve a similar result in this fixture.

AC Milan, on the other hand, are in third place in the Serie A table at the moment and have been fairly impressive so far this season. The Rossoneri slumped to a shock 2-1 defeat at the hands of Torino in their previous game and will need to bounce back this week. AC Milan have a good record against RB Salzburg and have won two of the three matches played between the two teams, with the other match ending in a draw.

After losing their first two matches against AC Milan in European competitions, RB Salzburg managed a hard-fought 1-1 draw in the reverse fixture in September this year and will be looking to shock the Italians at San Siro this week so they can take the win home.

for these two teams attached to the betting lines have Milan at a 65.52% chance of winning the game, meanwhile Salzburg has 16% probability of finishing the game with the W.