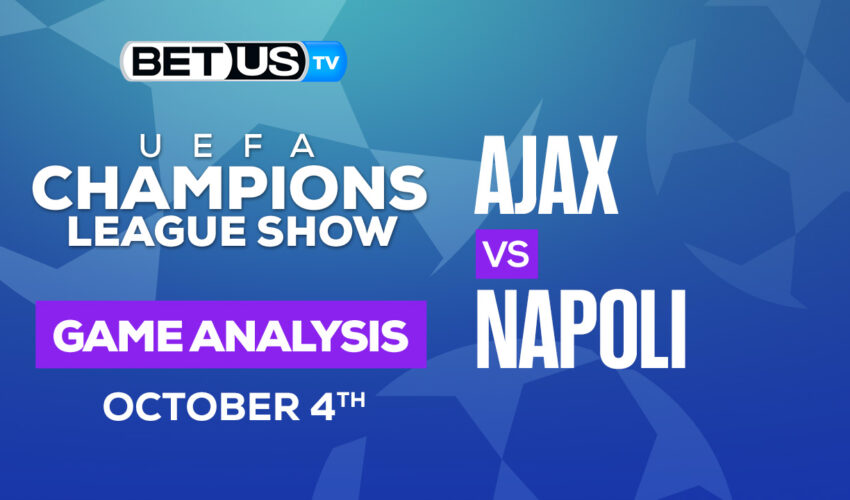 Johan Cruyff Arena will witness the return of European football to Amsterdam. Home-team Ajax will face off against Serie A and UCL group leader, Napoli, who are having an extraordinary start to the 22/23 season. Ajax have also had a great start, holding second place in both Eredivisie and UCL.

Ajax will have most part of their squad available for Tuesday’s match. Dutch midfielder Mohamed Ihattaren will most likely miss the match as his lack of fitness has been a huge problem for him and Ajax since the beginning of the season. Also, Mexican defender Jorge Sanchez is unavailable for Ajax, as he is still recovering from a knee injury and is expected to make his return in late October. The Dutch team will rely on Dusan Tadic, Lucas Ocampos and Steve Bergwijn to try to snatch the three points away from Napoli.

Napoli, one of the most in-form teams in Europe, will try to maintain their first-place position in the UEFA Champions League. As well as Ajax, Napoli will have most of their squad available, with the only unavailable player being Nigerian striker Victor Osimhen, who suffered a second-degree femoral bicep injury when Ajax defeated Liverpool 4-1 in UCL’s matchday 1 in early September. Osimhen is expected to be back in training next week, but Napoli officials have yet to confirm his return.

Ajax and Napoli have only faced each other in two occasions, back in 1970 for the UEFA Europa League round of 16 finals. Ajax defeated Napoli 4-0 in Amsterdam and then lost 1-0 in Italy, qualifying for the quarterfinals that year. This UCL group is completed by Liverpool and Rangers, who will also face off this Tuesday, however, Ajax and Napoli don’t want to miss the chance to break away from the third and fourth place teams in the group.

The implied probability for these two teams attached to the betting lines has Ajax at a 44.44% chance of winning the game, meanwhile Napoli has 32.79% probability of finishing the game with the W.