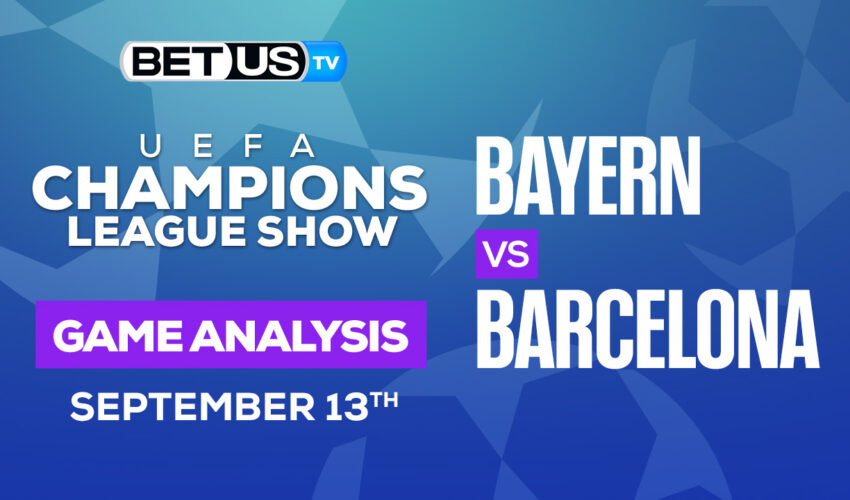 Two of the biggest clubs in European football will clash in the Champions League on Tuesday at Allianz Arena, with Bayern Munich hosting Barcelona in Group C. Bayern opened their section with a 2-0 victory at Inter Milan last Wednesday, while Barcelona were 5-1 winners over Viktoria Plzen at Camp Nou in their first game of the 2022-23 competition.

Barcelona failed to make it through the group stages of last season’s Champions League for just the fourth time in their history, and it proved to be their first exit at that stage since the 2000-21 campaign. There is no getting away from the fact that 2021-22 proved to be a testing season for the Catalan giants, but an impressive summer transfer window has contributed to a strong start to this campaign.

Xavi’s side recorded a 5-1 win over Viktoria Plzen in their Champions League opener last week, with Robert Lewandowski scoring three times, and the Poland international will now take on the club that he left over the summer following 344 goals in 375 appearances.

Blaugrana last won the Champions League in 2014-15, beating Juventus in the final, but they look ready to make a strong challenge this term, with Xavi putting together a squad packed full of quality, and the addition of Lewandowski, as Bayern will know all too well, has given them a world-class center-forward.

On the other side, Bayern were surprisingly eliminated in the quarter-finals of last season’s Champions League by Villarreal, but they are six-time winners of this competition, with their last success coming in 2019-20, when they recorded a 1-0 victory over Paris Saint-Germain in the final.

The Bundesliga champions will again be considered possible winners this term, and they made the perfect start to their Group C campaign last week, recording a 2-0 victory over Inter, with Leroy Sane opening the scoring before an own goal from Danilo D’Ambrosio took the game away from the hosts.

The implied probability for these two teams attached to the betting lines has Bayern at a 55.56% chance of winning the game, meanwhile Barcelona has 25.97% probability of finishing the game with the W.