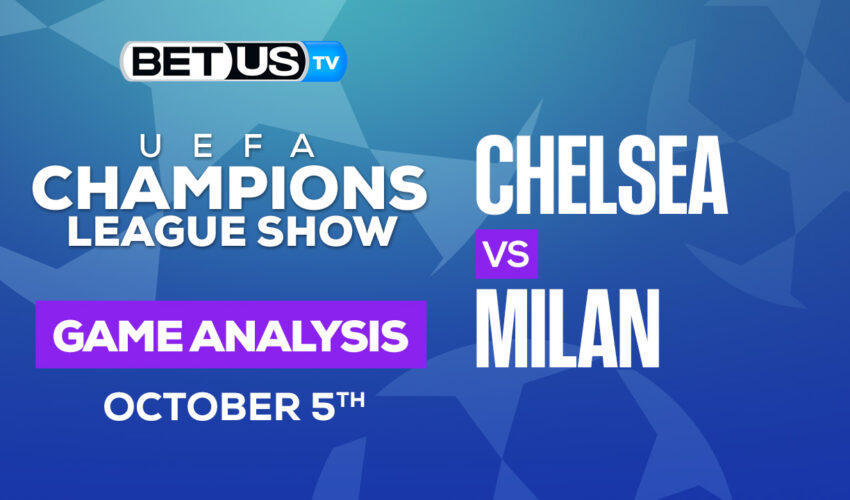 Undoubtedly the match of the week in European football. Two teams that are used to winning and obtaining trophies and will give us a show to watch. Chelsea has started their 22/23 Premier League season a bit slow, they’re currently in fifth place, but already 8 points behind leader Arsenal. As far as AC Milan goes, the “Rossoneri” are just 3 points away from leader Napoli, in fifth place as well as Chelsea. In Champions League, Milan is at the top of the group with 4 points while the Blues are last, with only 1 point in two matches: definitely two very different realities.

Chelsea has 4 players on their injury list, and they’re very important players. Goalkeeper Edouard Mendy is out with a knee injury and they’re taking it day by day to have him back soon. Jorginho, N’Golo Kante and recent signing Marc Cucurella top off the injured players for Chelsea, that will expect for other important players to stand up and rise to the challenge. Mason Mount, Mateo Kovacic, Christian Pulisic, Kai Havertz and Raheem Sterling are in debt with the fans this season and look to start playing better football for Chelsea.

AC Milan, reigning Italian Serie A Champions, have a very solid base that manager Stefano Pioli has been working with for about two years. Fikayo Tomori is the leader of the defense, the English center-back is in great form and shows it week after week. Sandro Tonali, Brahim Diaz, Rafa Leao and French veteran Olivier Giroud are the backbone of this team, that has made Milan fans smile and celebrate after a very long wait.

These two teams have only faced each other twice in Champions League football and it was during the group stage of the 99/00 Champions League. 1-1 in Italy and 0-0 in England were the results, proof that this is going to be a very close but exciting game,

for these two teams attached to the betting lines have the Chelsea at a 58.33% chance of winning the game, meanwhile the Milan has 21.05% probability of finishing the game with the W.