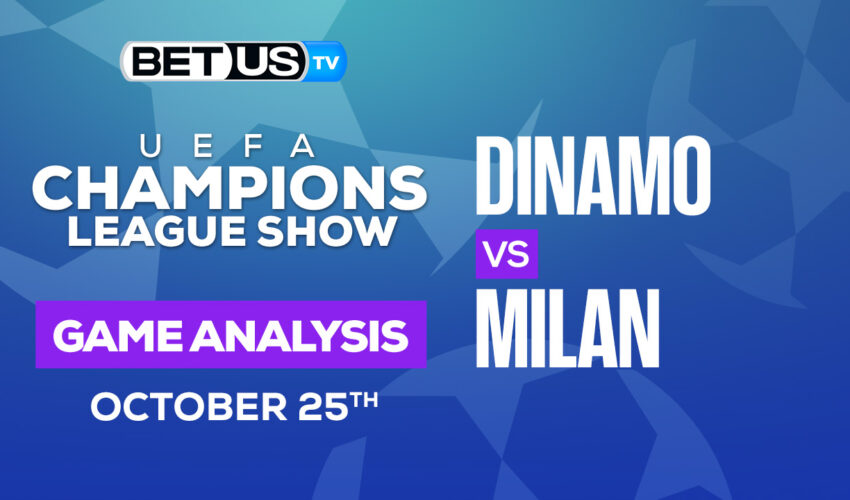 Without a doubt this will be one of the most defining games of this day 5 of the UEFA Europa League in group E. Both teams come to this game forced to get a victory to be able to get into the fight to go to the round of 16 and the competition. This group is one of the most fought, since all the teams still have a chance of getting into the round of 16. We are talking about the game between Dinamo Zagreb against AC Milan.

The Croatian team is the sole leader of its league with a total of 35 points, 8 points above its closest rival, HNK Hajduk Split. Although their league is not a league with much competition, Dinamo Zagreb has shown an excellent season, reflected in the fact that they still have clear possibilities to get into the knockout stages of the Champions League. Their last defeat was for the Champions League when they were defeated on October 5 against Red Bull Salzburg by a score of 1-0 playing as visitors.

For their part, the reigning champions of Serie A, AC Milan, are looking to continue the good performance achieved last season. Those led by Stefano Pioli occupy second place in the table in Serie A with a total of 26 points, only surpassed by Napoli who have accumulated 29 points. IN the UEFA Champions League they came from a painful defeat against Chelsea by a score of 2-0. This defeat left them in third place in the group with a total of 4 points, however, they still have a high chance of reaching the round of 16 of the tournament. In the previous match between Dinamo Zagreb and Milan, the Italians were the winners. The Stadion Maksimir will witness an excellent match between Croatians and Italians in a game that will undoubtedly mark the aspirations of both teams in the Champions League.

The implied probability for these two teams attached to the betting lines has Dinamo Zagreb at a 21.74% chance of winning the game, meanwhile Milan has 55.56% probability of finishing the game with the W.