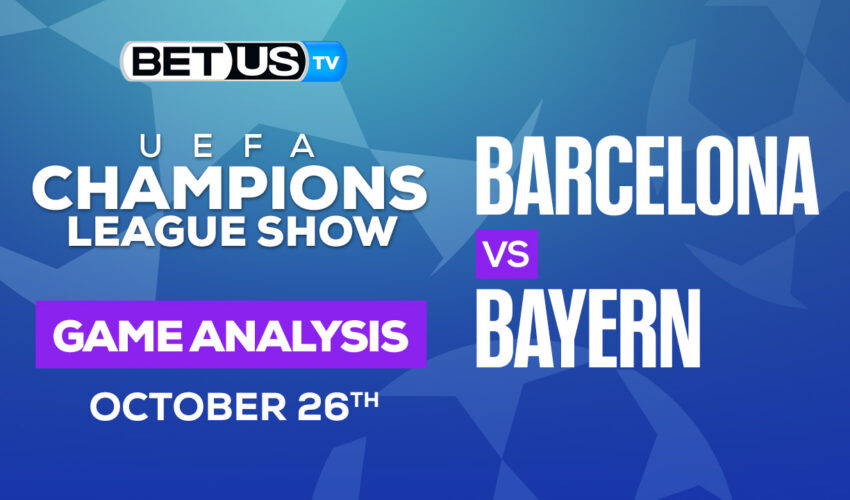 It’s going to be a win and hope for an Inter defeat for Barcelona this week as they face group leader Bayern Munich with the hopes of avoiding another season playing the Europa League. Barcelona haven’t been playing good football and Xavi knows it. One of the main reasons for their underperformance has been the injuries in the defense. At one time, they only had Eric Garcia and Gerard Pique as their two-fit center-backs. However, the return of Ronald Araujo has strengthened the defense, and the Uruguayan will be expected to keep Bayern’s attackers at bay.

In their latest win over Villareal, Frenkie de Jong replaced Sergio Busquets at the base of the midfield and delivered one of his best performances for Barcelona. And we could expect Xavi to keep faith in him against Bayern. For Xavi, it is a matter of preserving their pride. The team has performed brilliantly in La Liga and are currently in second place. Their domestic season with an undefeated eight-match streak which came to an end against rivals Real Madrid.

For Bayern Munich, this match is more of bragging rights. A win over Barcelona at Camp Nou will further strengthen the Bavarians. However, the Germans have injury concerns of their own. Captain Manuel Neuer is expected to miss the match along with Leroy Sane, Thomas Muller, Lucas Hernandez, and Bouna Sarr. However, Bayern have players who can act as an able replacement for them which is a hallmark for any top side.

The match is essential for both sides, but a loss will be more disastrous for Barcelona than Bayern Munich. It is also the last chance for Xavi to prove that his side can better a top European side. The Catalans have consistently failed to perform in crucial matches, which has led fans to question their mentality. A win could change that, but Bayern Munich are a different proposition, and it looks like a draw is the best option for Barcelona.

for these two teams attached to the betting lines have the Barcelona at a 43.48% chance of winning the game, meanwhile the Bayern has 34.48% probability of finishing the game with the W.