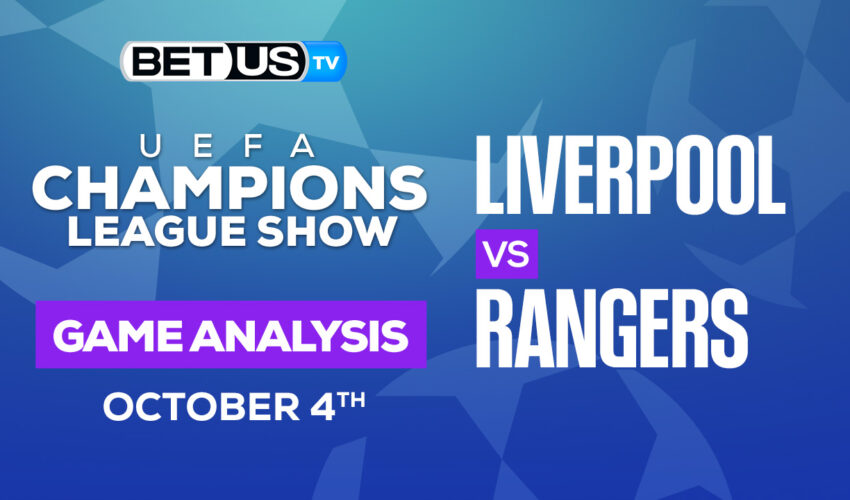 England vs Scotland: these matches always give us great moments and this one will not be the exception. Liverpool hosts Scottish great, Rangers, at the mythical Anfield Road this Tuesday. The Reds haven’t had a good start to the 22/23 season, not only in the Premier League, but also in Champions League. In their domestic league, they’ve only been able to win twice and are currently ninth in the league standings. In the European cup, they have 1 win and 1 loss, but it was a humiliating 4-1 against Napoli in Italy. Meanwhile, Rangers are second in the Scottish Premiership, but last in group A of the UEFA Champions League, after two big losses, 4-0 against Ajax and 0-3 against Napoli.

For Liverpool, this is the perfect chance to straighten their season out and try to fight for second place in the group that currently belongs to Ajax due to goal difference. The Reds will not be able to use Alex-Oxlade Chamberlain, Ibrahima Konate, Andy Robertson and Naby Keita, all still recovering from injuries. Mo Salah’s game will be important, as well as Colombian winger Luis Diaz’s form in order for them to start playing better football and to start winning, which is what’s most important for Jurguen Klopp’s team.

As far as Rangers’ squad, they rely heavily on Steven Davis and Alfredo Morelos, both fit and in-form to play against Liverpool. Unfortunately for the Scottish team, American center-back James Sands will not be able to play, as he was sent off last match against Napoli due to yellow card accumulation. On a positive note, for Rangers, they’ve collected two straight league victories, so they’re coming in strong for this Tuesday’s game.

This league stage match will be the first time these two teams butt heads in European cup history, making this an incredible opportunity for Rangers to make history, however, they’ll have a very powerful side to beat.

for these two teams attached to the betting lines have the Liverpool at a 86.67% chance of winning the game, meanwhile the Rangers has 5.88% probability of finishing the game with the W.