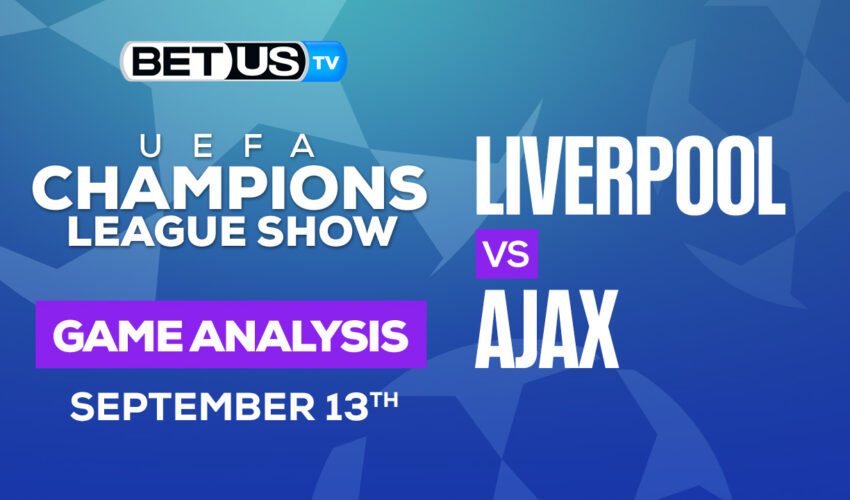 Two sides on opposite ends of multiple-goal showdowns last week will face off against each other in Tuesday’s League Group A contest at Anfield, as Liverpool play host to Ajax. Jurgen Klopp’s side were ripped to shreds 4-1 by Napoli on matchday one, while Alfred Schreuder’s side hit Rangers for four without reply.

Ajax and Liverpool were two of only three clubs to obtain a perfect 18 points in last season’s group stage – the other being Bayern Munich – but the Reds failed to become the first-ever English side to win seven Champions League group games on the bounce last week.

In contrast, the Eredivisie champions were in seventh heaven themselves as they taught Rangers a footballing lesson in a 4-0 success, with Edson Alvarez, Steven Berghuis, Mohammed Kudus and Steven Bergwijn coming up with the goods in Amsterdam.

There have been no signs of a post-Erik ten Hag hangover for the dominant Dutch champions this term, as they extended their winning streak to seven matches with a 5-0 Eredivisie thrashing of Heerenveen at the weekend, with Kudus keeping his momentum going with a brace on the day.

On the other side, the inquest into Liverpool’s demise at the Stadio Diego Armando Maradona continued into the weekend, as the Reds, along all other Premier League teams, saw their matches postponed in the wake of Queen Elizabeth II’s death.

As a result, Klopp and his coaching staff were granted extra time to conduct their analysis of their Italian horror show, as Piotr Zielinski, Andre Zambo Anguissa and Giovanni Simeone all condemned Liverpool to a humiliating loss on matchday one.

Luis Diaz’s consolation was all the traveling Reds faithful had to cheer against the Partenopei, which saw Liverpool’s underwhelming start to the new campaign reach a low ebb, and they are already playing catch-up in the fight to make the last-16.

The implied probability for these two teams attached to the betting lines has Liverpool at a 64.29% chance of winning the game, meanwhile Ajax has 19.05% probability of finishing the game with the W.