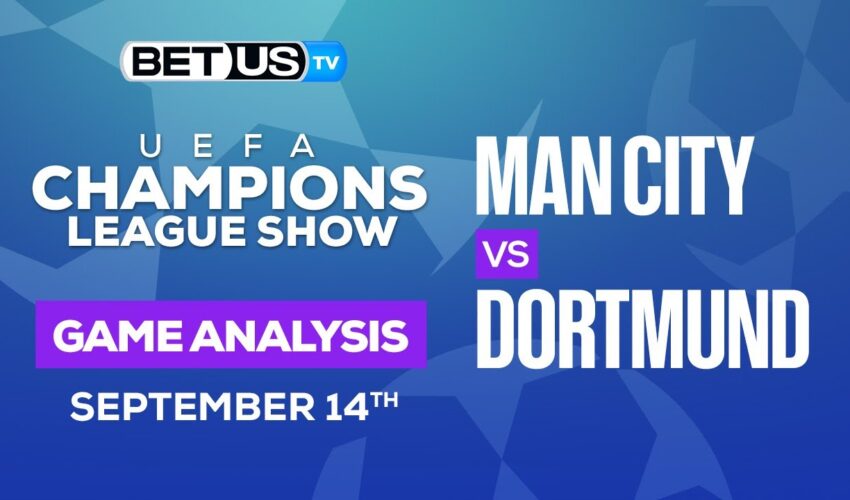 Manchester City and Borussia Dortmund will both try their hardest to continue their perfect starts to the 2022-23 Champions League in Wednesday’s Group G battle at the Etihad Stadium. Pep Guardiola’s side ran out 4-0 winners over Sevilla on matchday one, while BVB eased to a 3-0 success at home to Copenhagen.

A 4-1 thrashing at the hands of Shakhtar Donetsk saw RB Leipzig turn to former Borussia Dortmund head coach Marco Rose after giving Domenico Tedesco the boot, and the ex-BVB chief oversaw a comprehensive success over his old club in the Bundesliga.

Willi Orban’s header, Dominik Szoboszlai’s screamer and Amadou Haidara’s tap-in wrapped up a 3-0 success for Die Roten Bullen over Dortmund – the same scoreline that the Black and Yellow had inflicted upon Copenhagen during their Champions League opener.

Not since October 2017 have the Bundesliga side drawn on their travels in the Champions League, winning seven and losing 10 such games in the past five years, but they fell to a 4-2 aggregate defeat against Man City in the 2020-21 quarter-finals.

On the other hand, Erling Braut Haaland’s goalscoring capabilities in the Premier League may have been called into question before his arrival at the Etihad Stadium, though those concerns have since been demolished.

The 22-year-old struck twice in the 4-0 win over Sevilla to take his European tally to 25 goals in 20 Champions League matches, while Phil Foden and Ruben Dias also got in on the act at the Estadio Ramon Sanchez Pizjuan, and Haaland needs no added motivation to get one over his old employers here.

for these two teams attached to the betting lines have the Man City at a 83.33% chance of winning the game, meanwhile the Dortmund has 83.33% probability of finishing the game with the W.