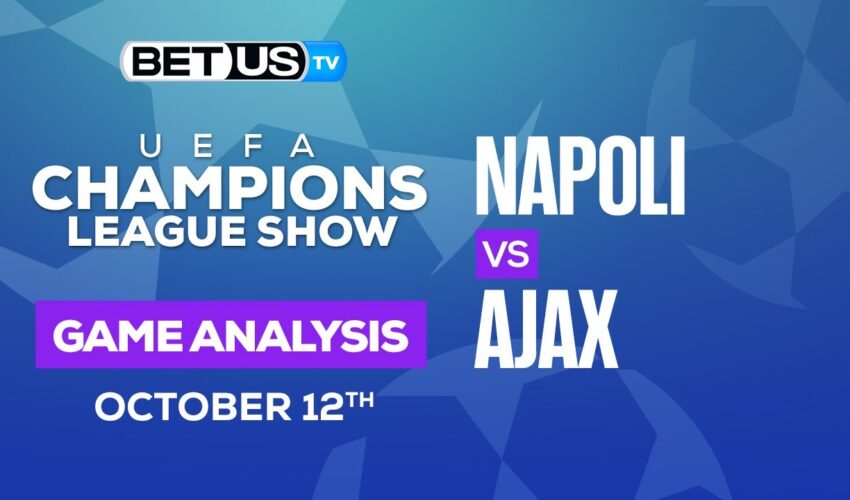 Just eight days have passed from their overpowering win in Amsterdam and Group A leaders Napoli face off against Ajax once again, as they seek to secure a place in the Champions League knockout stage at Stadio Diego Armando Maradona in Naples. The teams reconvene next Wednesday, with the hosts able to assure progress by beating their Dutch counterparts for a second time, while the visitors need points to stay in touch with Liverpool.

The “Partenopei” recorded a 9th win from 11 matches last week in Amsterdam, as in-form striker Giacomo Raspadori scored the equalizer at the Johan Cruijff ArenA, before they found themselves 3-1 ahead at the break. During the second half, Raspadori scored his second of the night and then continued with a Khvicha Kvaratskhelia strike for good measure. Another summertime arrival, Giovanni Simeone, netted a sixth late on, as Napoli swept clear at the top of Group A and truly established themselves as a force to be reckoned with in continental competition. After another storming success in Europe, following successive three-goal victories over both Liverpool and Rangers, they followed up by unleashing a further flood of goals in Serie A on Sunday when defeating Cremonese by 4-1.

So soon after suffering the club’s heaviest-ever defeat in European competition, Ajax are required to face down the team that dealt out such a drubbing, and there is no time to dwell on their misfortune, as progress from Group A is still very much up for grabs. Nine games into the 2022-23 season, Ajax lie second in the standings and have lost just one game, while racking up 27 goals and conceding just eight: Saturday’s 4-2 win at Volendam leaves them one point adrift of AZ Alkmaar at the summit.

Time is of the essence, so the former Club Brugge manager, Alfred Schreuder, will need to convince his charges they can recover from consecutive Champions League defeats and start picking up points again.

The implied probability for these two teams attached to the betting lines has Napoli at a 62.96% chance of winning the game, meanwhile Ajax has 20.00% probability of finishing the game with the W.