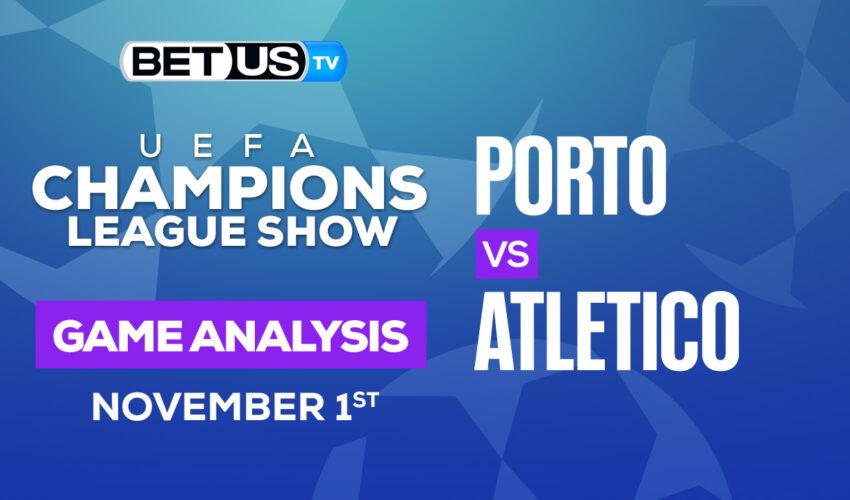 This next November 1 will be playing the last day of the group stage of the UEFA Champions League. A group B match that was undoubtedly the surprise group of this season, where the two favorites were left out of the round of 16 and the so-called small teams were the ones that left the first places and the classification. This Tuesday’s match between FC Portor hosting Atletico de Madrid could define first place in the group, since a win by Porto and a defeat by Bruggue would put the Portuguese in first place in the group, while Atletico will have the possibility of at least getting into the UEFA Europa League, hoping that Bayer Leverkusen do not triumph against the leader of the group and the team from the capital of Madrid manages to get a victory against FC Porto. One of the disappointments has undoubtedly been Atletico de Madrid, a team that showed very little in this competition and never knew how to impose conditions on the field. They haven’t been too good for La Liga either, coming off losses by a 3-2 scoreline against the penultimate place in the table, Cadiz. Currently those led by “Cholo” Simeone are third in the table with 23 points.

Meanwhile, the home team wants to leave the victory and with it the possibility of being first in their group. Without a doubt, FC Porto’s season in the UEFA Champions League has been one of the best in recent years, where they qualified in the absence of a date to play and now they want to leave first place. In their country they are third in the Primeira Liga de Portugal with 23 points.

This Tuesday’s game is going to define a lot in this group, FC Porto giving everything to get first place in their group and what better signing to do so than against one of the biggest teams in Spain and before their fans, while that Atletico de Madrid wants to make up for a lousy Champions League season by making it to the Europa League.

The implied probability for these two teams attached to the betting lines has Porto at a 40.82% chance of winning the game, meanwhile Atletico Madrid has 33.90% probability of finishing the game with the W.