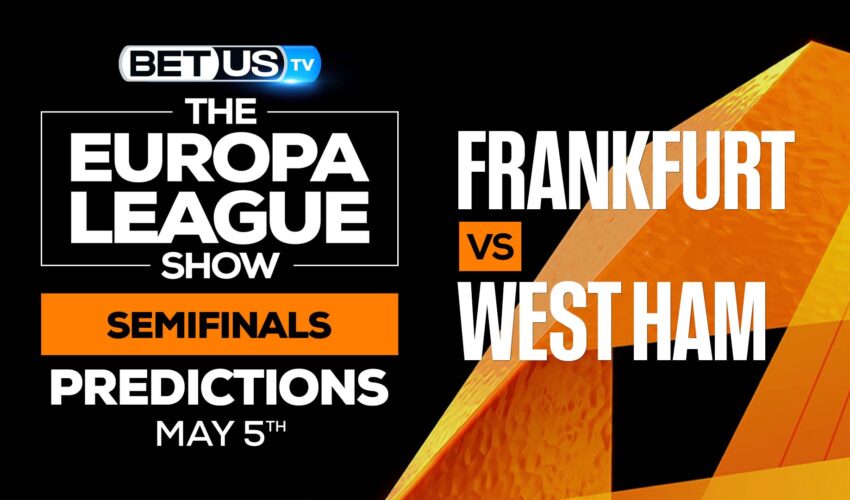 Eintracht Frankfurt is hosting West Ham at the Deutsche Bank Park Stadium on May 5 for the second leg of the Europa League semi-finals. Frankfurt is currently leading the semi-finals with a 1-goal lead. West Ham will try to bounce back as this is their last chance and if they fail they’ll be knocked out of the tournament.

Oliver Glasner’s team comes into this second leg after being taken down by Bundesliga 3rd-place team Leverkusen. Frankfurt wasn’t able to penetrate Leverkusen’s defense and didn’t manage to score a single goal in the match. But this wasn’t an unexpected result, Frankfurt hasn’t been able to win any of their last 7 Bundesliga games which. Fortunately for them, they have managed to keep a positive score in their Europa League games.

Their last Bundesliga victory in their books was against 12th-place team Bochum, which wasn’t as convincing as they might have wished. Oliver Glasner’s men need to keep a steady performance in their upcoming match if they want to secure a spot in the grand finals.

West Ham arrives at the second leg after losing their match against Premier League’s 4th-place team Arsenal. The game was back and forth during the first half. Arsenal’s Rob Holding scored the first goal of the match around the 38-minute mark then Jarrod Bowen evened the score at the 45-minute mark. West Ham wasn’t able to defend against the opposition and Arsenal finished the game with a 1-goal lead.

Moyes’ team needs to push the pedal to the metal in the second leg. They are on a 1-goal deficit against Frankfurt and things might go south really fast if they don’t at least secure an early lead during the first half. The team that claims the victory in this semi-final will go ahead and face the winner of Leipzig versus Rangers.

The implied probability for these two teams attached to the betting lines have Frankfurt at a 40.82% chance of winning the game, meanwhile West Ham have 35.71% probability of finishing the game with the W.