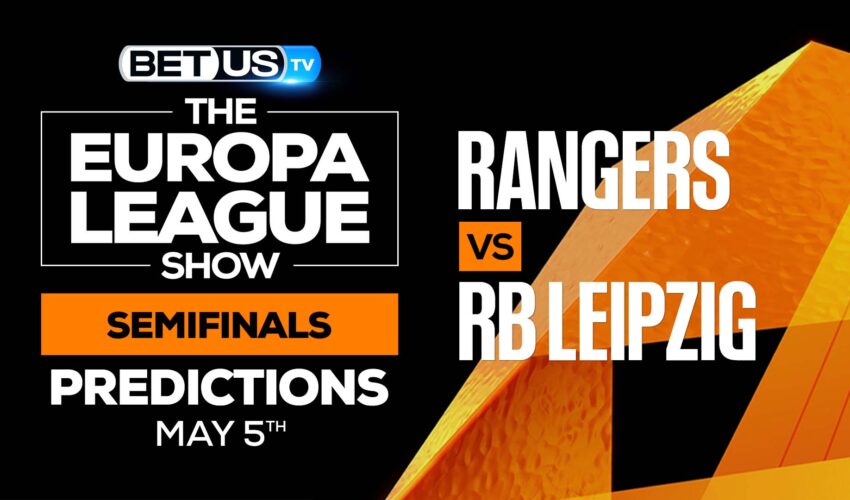 Leipzig is visiting the Ibrox Stadium as they will try to defend their 1-0 lead against Rangers. Leipzig is currently in a comfortable spot as they come into the second leg of the semi-finals with a lead, but Rangers are no strangers to comebacks. Rangers were down 0-1 against Braga in the first leg of the quarter-finals but they came back from their deficit in their second encounter and ended up advancing into the semi-finals. If Leipzig commits the mistake of underestimating Ranger’s comeback capabilities, it might be their demise.

Rangers come into this match after finishing with a 1-1 score against Celtic in the Scottish Premiership. The game started in Celtic’s favor as they were able to secure a lead around the 21-minute mark. But the Rangers remained calm and started to push over the Celtic defense. Sakala managed to even the score with a goal 67 minutes into the game. This game might have given Bronckhorst’s men enough confidence heading into this match.

The Leipzig just had a dissappointing result against Bundesliga’s 10th place team M’gladbach. Even with a 51% possession rate, Leipzig was unable to come back from a 2-goal deficit that M’gladbach acquired 77 minutes into the game. Nkunku was the only one to score a goal in favor of Leipzig. If they want to maintain their 1-0 lead against the Rangers they’ll have to perform way better than they did against M’gladbach.

This is the Rangers first appearance in the Europa League semi-finals and the Scottish team is on its way to making history for the club. But Leipzig won’t give up their lead easily as this is the most successful run they’ve had so far in their Europa League appearances. This upcoming match is turning out to be one of the most exciting ones we’ve had so far in the knockout stage.

The implied probability for these two teams attached to the betting lines have Rangers at a 28.57% chance of winning the game, meanwhile Leipzig have 50% probability of finishing the game with the W.